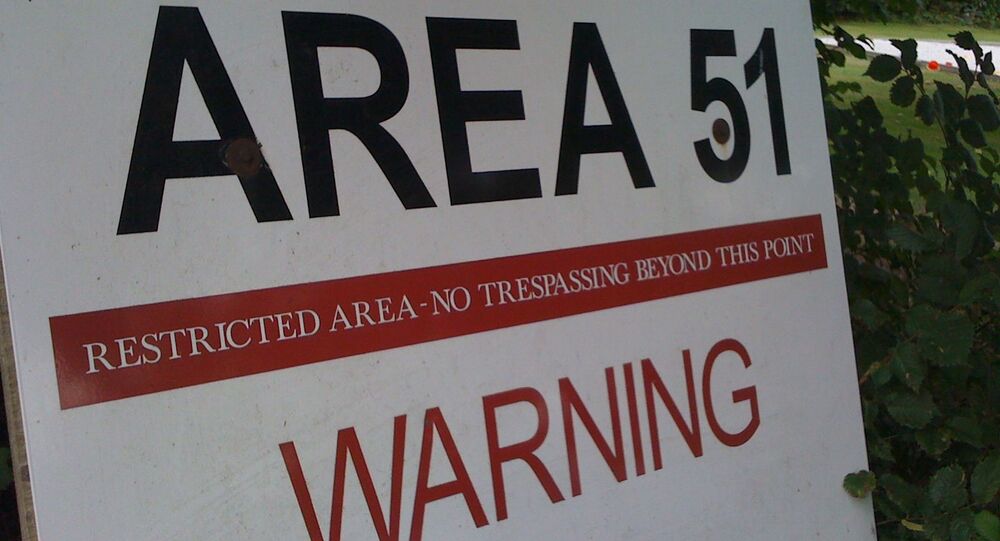 Bizarre 'Entrance Into Mountain' Spotted Near Area 51 on Google Maps

Area 51 is the common name of a highly classified US Air Force base located within the Nevada Test and Training Rage. Although the site is visible on satellite images, it is prohibited to fly over Area 51. This secrecy has sparked many rumours about the site. According to one theory, the US government keeps aliens and their spacecraft at the site.

Scott C. Waring, a restless UFO enthusiast who runs a YouTube channel focused on the search for signs of extraterrestrial life, claims he has discovered an underground base near Area 51. Waring said he was using Google Earth to examine the facility when he noticed three bizarre "entrances" into a mountain – "one large", which the ufologist claims is "18 metres by 9 metres", and "two small ones". Waring claims there are air ventilation pipes coming out of the largest "entrance" and two installed on top of the mountain.

In addition, the ufologist spotted what he describes as "two guard towers" at the underground base, which is located between Area 51 and Nellis Air Force Base, and close to an area, where in 2006, Waring claimed he spotted a 30-metre UFO with electric pipes coming out of it parked on a runway.

Area 51 has long been surrounded by rumours. It was built in the middle of the 20th century, but US authorities officially acknowledged its existence only in 2013. Some people allege that the site is where the government keeps UFOs and aliens, a claim that US officials have denied. Some have also claimed to have seen alien spacecraft above or near the area.

Last year, more than two million people responded to a Facebook event inviting them to storm Area 51. The military discouraged people from attempting to enter the military property and warned against trespassing. On the day of the event, only 150 people showed up and no one attempted to enter the facility.