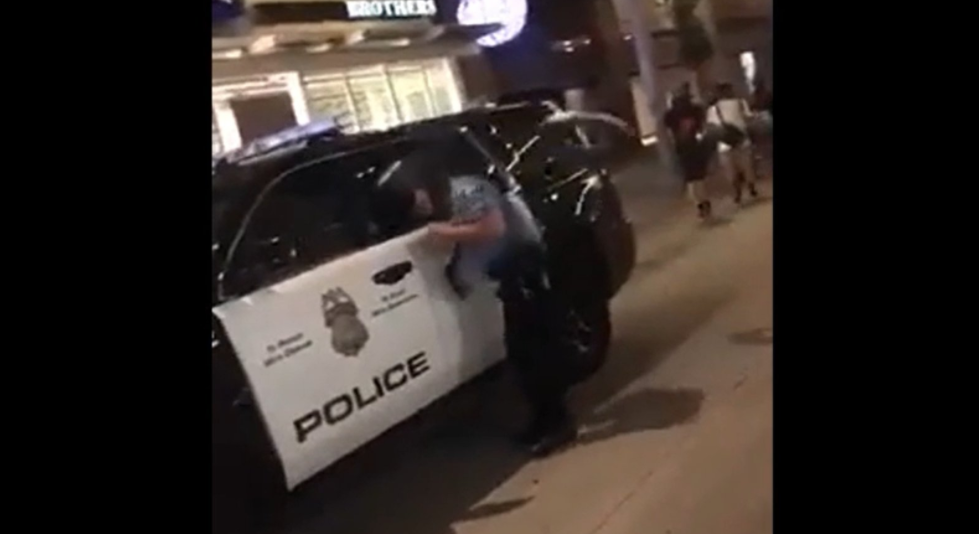 New footage circulating online shows a police officer in Minneapolis, Minnesota, falling to the ground after being struck in the head with a trash can lid during a night of Black Lives Matter protests in the city.

The incident, which was first captured on a Facebook Live video on Wednesday, shows the officer walking to open the door of a patrol vehicle as the lid is hurled at him, hitting him in the back of the head and knocking him to the ground. A crowd can be heard cheering as the injured officer radios for assistance.

Protests erupted in Minneapolis on Wednesday night after rumors circulated on social media that Minneapolis Police officers had fatally shot a Black man who was wanted in connection to a homicide.

However, police later quelled the rumors by releasing a video of the man shooting himself. The video post was ultimately deleted the following day after officials received backlash.

On Wednesday, Minnesota Governor Tim Walz revealed that the State Patrol and National Guard had been deployed to Minneapolis to restore order after he declared a Peacetime State of Emergency. In addition, Minneapolis Mayor Jacob Frey ordered a curfew the same day.

“We do not need more destruction. We do not need property damage that is unacceptable in every way, shape and form, and I want to be very clear: It will not be tolerated,” he added.

Protests also erupted in Kenosha, Wisconsin, this week after the police shooting of 29-year-old Black man Jacob Blake on August 23.

Blake was shot four times in the back by Officer Rusten Sheskey, who fired a total of seven bullets toward Blake. The incident took place after officers were dispatched to a residence in Kenosha on Sunday after a female caller said that her boyfriend was present and was not supposed to be on the premises.

'Just Because Something is Legal Doesn’t Make It Right', Retired US Officer on 'Defund Police' Calls