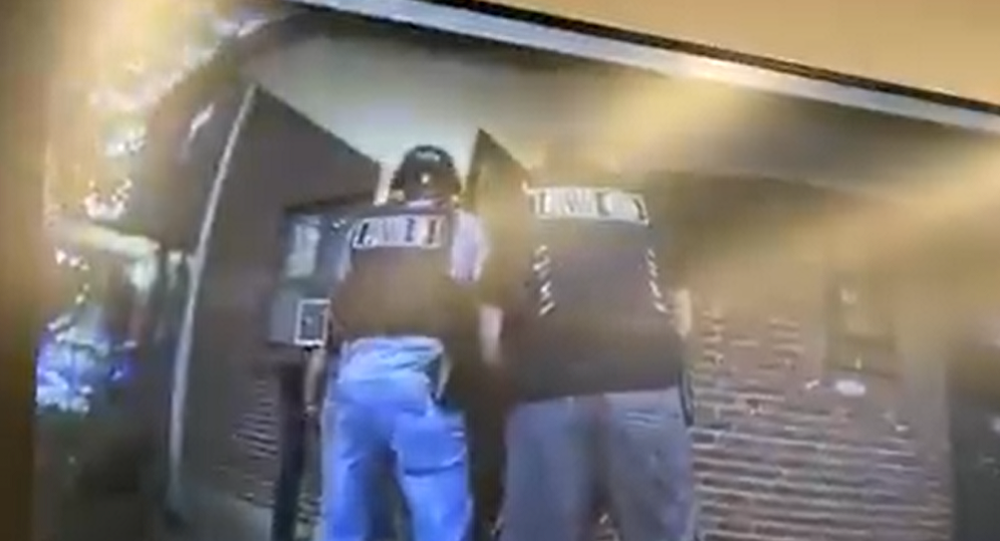 Three Nashville, Tennessee, police officers have been decommissioned after raiding the wrong home on August 18.

According to WSMV, during the incident, officers with the Metro Nashville Police Department (MNPD) forcefully entered Azaria Hines’ home with a battering ram and pointed a gun at her while she was naked.

​Hines was asleep on her sofa after a late work shift when she heard banging outside her home. When she realized it was the police, she called on them to hold on.

Body camera footage from the raid shows Hines asking the officers to wait, but they ignore her request and smash down her front door. After police broke the door frame and burst into the home, Hines attempted to reach for a shirt to cover herself, but the officers rushed through the home and forced Hines’ 3-year-old nephew and 15-year-old cousin to exit the building.

Just a few minutes later, the officers told Hines they had come to the wrong home and that they were searching for a 16-year-old connected to car burglaries.

During a Wednesday news conference, MNPD Interim Chief John Drake confirmed that three of the officers involved in the raid, Lt. Harrison Dooley, Sgt. Jeff Brown and Officer Michael Richardson, have all been decommissioned, and that an investigation is ongoing.

Drake also stated that the address the officers used to serve the search warrant was outdated and had been retrieved through the Metropolitan Development and Housing Agency (MDHA). He added, “In light of this scenario, we will be conducting a review of our search warrant processes and provide whatever updated training is necessary to help ensure that Tuesday’s scenario is not repeated,” WSMV reported.

The MDHA had stopped providing updated information on residents in 2018 due to privacy concerns, and the teen for whom the police officers were searching had moved out of the apartment Hines now rents at least one year ago.

According to NewsChannel9, the MNPD dropped off groceries at Hines’ home the day after the raid as an apology.

“I feel violated. I feel embarrassed. I’m humiliated. Everybody is all in my business. And all of this for nothing, for something that I had nothing to even do with,” she added.