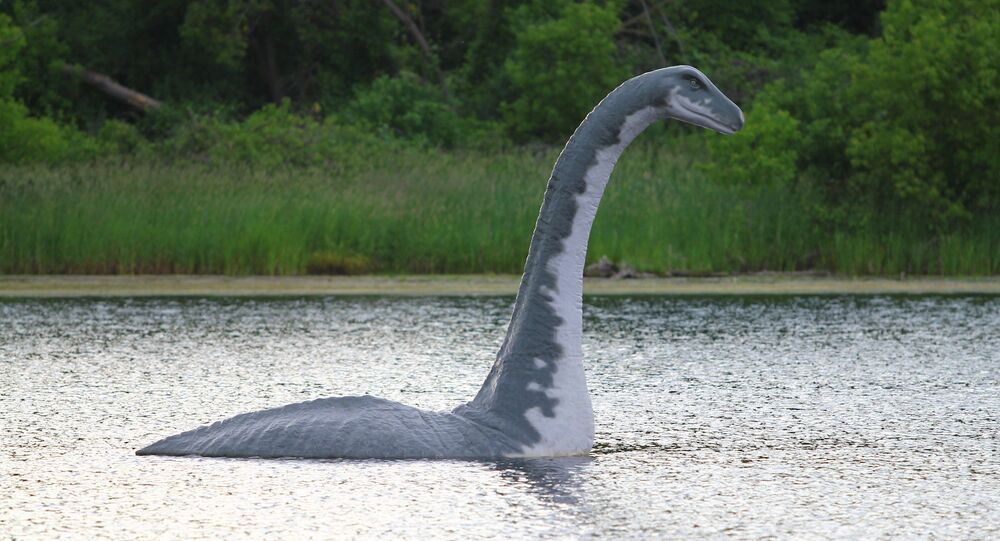 A number of social media users were quick to point out that the creature in question is rumored to be dwelling in a loch rather than in a swamp.

The mythical Loch Ness Monster has apparently become somewhat of a hot topic on Twitter recently, after being referenced by Donald Trump Jr.

In his speech on the first day of the Republican National Convention, the US president's son spoke about how taxation in the United States might be affected if Democratic Senator Joe Biden is elected as the country's next head of state.

“Biden has promised to take that money back out of your pocket and keep it in the swamp”, Trump Jr. said. “That makes sense though, considering Joe Biden is basically the Loch Ness Monster of the swamp.”

Quite a few social media users have apparently taken note of this development, with the Loch Ness Monster and the manner in which it was mentioned at the RNC quickly becoming a topic of discussion online.

“Joe Biden is basically the Loch Ness monster of The Swamp” says @DonaldJTrumpJr and even Ds had to chuckle. Great line.

Best Line of the Night:

Biden is ‘The Loch Ness Monster Of The Swamp'!!!

Some have jokingly pondered on what exactly Trump Jr's remark might imply.

"#JoeBiden is the Loch Ness monster of the swamp"
- #DonaldTrumpJr

Does that mean Joe Biden doesn't exist, or that you believe in the Loch Ness Monster? I have so many questions... #Cryptozoology #Politics #CryptoPolitics pic.twitter.com/C86XOL2adu

​Others did not appear particularly thrilled by this comparison.

How DARE you compare our beautiful Loch Ness monster to Joe Biden.

​And there seemed to be no shortage of those eager to point out that Nessie's rumored habitat is not a swamp.

Don Junior calling Biden the Loch Ness Monster of the swamp is SO ignorant.... everyone knows Loch Ness lived in a lake!!!

Look, Don Jr. called Biden "the Loch Ness Monster of the Swamp" and I just need to correct the record here. Nessie lived in a lake and she doesn't deserve this.

First of all, leave Nessie out of this.

Second of all, the *LOCH* Ness Monster doesn’t live in a swamp, you warthog-faced buffoon. You seriously can’t do anything right. pic.twitter.com/iIhkl4QNNG

​The first night of the Republican National Convention which kicked off on 24 August witnessed Donald Trump and Mike Pence being officially renominated as the 2020 Republican presidential and vice-presidential candidates, respectively.