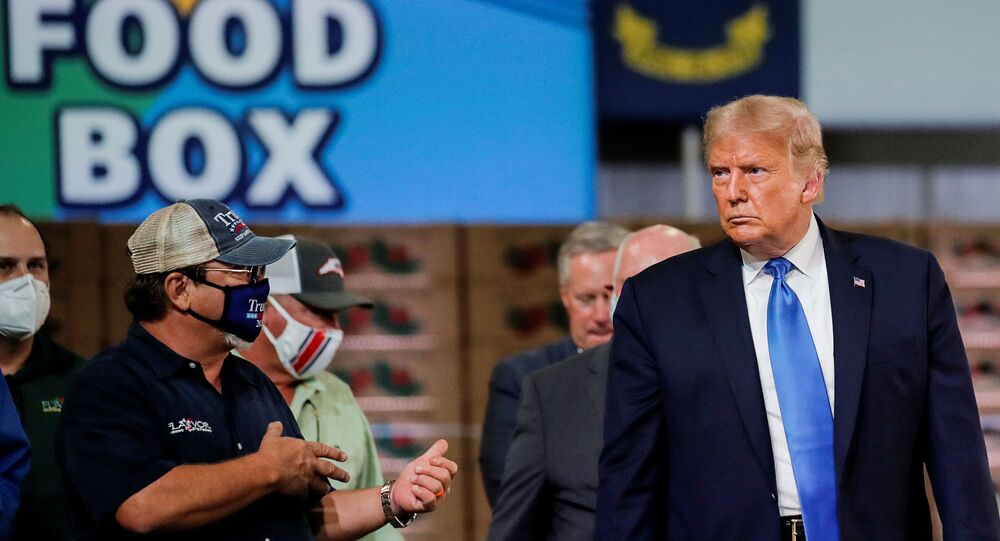 The ongoing Republican National Convention has re-nominated incumbent US President Donald Trump and his vice president, Mike Pence, for the presidential ticket in the 2020 November election.

Charlie Kirk, a pro-Trump student activist and a founder of Turning Point USA, called US President Donald Trump a "bodyguard of western civilization" during a speech at the beginning of the Republican National Convention.

"Speaking to you in my personal capacity tonight as a 26-year-old, I see the angst of young people, as well as the challenges facing new parents. I am here tonight to tell you, to warn you, that this election is a decision between preserving America as we know it, and eliminating everything that we love [...] We may have not realized it at the time, but Trump is the bodyguard of western civilization", Kirk stated.

America is a nation worth saving.@realDonaldTrump is our only hope to do that.

He is the Bodyguard of Western Civilization and the defender of our freedoms and the American Way of Life and we must deliver him four more years in the White House. pic.twitter.com/GdEAUjhKVW

​The phrase "bodyguard of western civilization" immediately caused waves on Twitter, with netizens hardly believing their ears and "noping" out of the convention hardly after it began. It did not take long for users to mock Trump and his political platform.

How many households watching this just burst out laughing at the exit music?

​Others saw the phrase as a "code" for "white people", and slammed both Kirk and Trump for racism.

she meant "Trump is the bodyguard of White Western Civilization"

If you wondering if "bodyguard of Western Civilization" is coded white-supremacist languages -- wonder no longer.

​Some were quick to identify a cultural reference, comparing America to Whitney Houston, while citing the critically-panned but extremely profitable movie 'Bodyguard' in which she co-starred with Kevin Costner.

So wait, if Trump is the bodyguard of Western Civilization does that make America....Whitney Houston #RNC2020 pic.twitter.com/jb19bkZ7eJ

Did he break into song after saying it? https://t.co/0AUoShCTSL

“President Trump is the body guard of western civilization”.... Kevin Costner and Whitney Houston are so upset pic.twitter.com/YGM55O5xkD

Kirk, an enthusiastic Trump supporter, founded his conservative student organisation, Turning Point USA, which describes itself "to identify, educate, train, and organize students to promote freedom". He often appears in campaign-style events with the president.

The Republican National Convention is taking place from 24 to 27 August, with Donald Trump re-nominated as the Republican presidential candidate. He is expected to deliver an acceptance speech on Thursday evening, the final night of the convention.