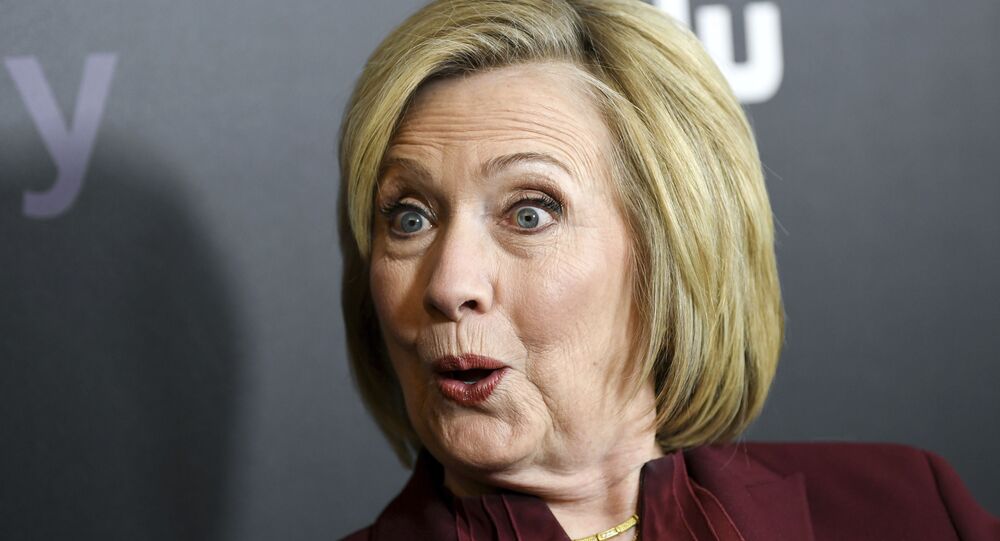 The former head of the FBI said he thinks "it's time for more women to be leaders in this country", and that he hopes that "more women get elected to office".

After Comey tweeted a picture of himself wearing an “Elect More Women” t-shirt, accompanied by a caption saying that “we need more women in office”, Hillary replied with a GIF of herself smirking, with The Hill describing it as a reference to the former FBI head announcing "new developments in the investigation of her private email server” one week prior to the 2016 election which Clinton ended up losing.

​And when CBS’ Margaret Brennan pointed out to Comey during his recent appearance on "Face the Nation" that Hillary Clinton "said in the past that she thought she was on the verge of winning in 2016" until the reopening of her email investigation, and asked him whether he thus sees his tweet as contradictory or if he regrets "what happened then”, the latter responded that he gets why Clinton would "send something like that".

"She's better at Twitter than I am. But I regret only being involved in the 2016 election. We were stuck, and I think we made the right decisions choosing between terrible options”, he said. “And so I wasn't trying, nor was anybody else in the FBI trying to elect or not elect anyone. And I hope more women get elected to office".

Does he regret it? "I think it is pretty funny. I get why she would send something like this. I regret only being involve in the 2016 election." pic.twitter.com/1AaVByG63N

​He also added that he hopes "more women get elected to office", and that he thinks "it's time for more women to be leaders in this country".

A number of social media users did not seem to appreciate what Comey had to say, berating him over his actions that allegedly affected the aforementioned election and urging him to admit making a "mistake".

Comey will never admit the he is wrong

He should just admit he made a mistake and move on. Also, to say there weren't people in the FBI who didn't want Hillary elected is not true.

Comey is a #stooge. Kompromat-ed or not, Comey is the biggest traitor to America since Benedict Arnold.