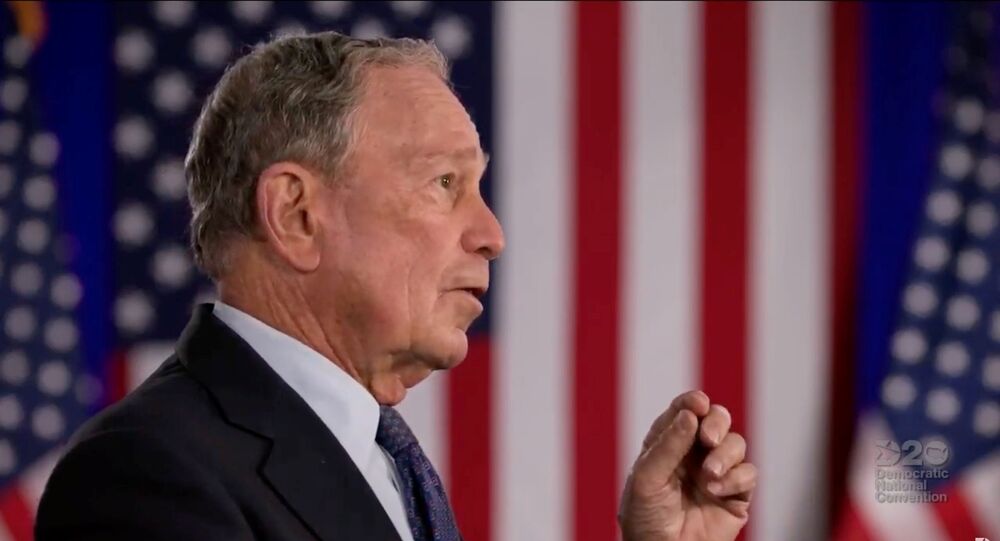 Joe Biden’s acceptance of the Democratic Party’s nomination for the 2020 presidential election was meant to be the highlight of the final day of the Democratic National Convention, but it looks like a tiny insect received no less attention from netizens than other prominent speakers at the end of the DNC.

The speech of former presidential wannabe and ex-Mayor of New York Michael Bloomberg was supposed to bolster support for Joe Biden on the final day of the DNC and tarnish it for his opponent, Donald Trump. But not everything went so smoothly, as many viewers were distracted by a fly that persistently tried to land on the former mayor's face throughout his speech.

While Bloomberg seemingly ignored the pesky insect, netizens were quick to flood Twitter to ridicule the situation rather than discuss the political message that he delivered on the major Democratic stage. Actually, many found the "show" that the fly made on national TV far more exciting than what Bloomberg was saying about Trump.

The fly on Bloomberg’s face stole the show tonight

Several netizens alleged that the fly's attempts to land on the politician's face were the most interesting part of the entire final day of the Democratic National Convention.

the bloomberg fly is truly the all star of the DNC pic.twitter.com/Yvta8Wcc3F

The fly on Bloomberg’s face has been the most interesting part so far! pic.twitter.com/OGNwQPLNsZ

Twitterians wondered whether the "Internet" would turn the annoying bug into another meme or create an entire Twitter account for the sake of poking fun at Bloomberg.

I was wondering how long it would take for something to come out about it. I was just hoping it didn't fly in his mouth. That would have been bad.

And the internet delivered…

Many users on the social media platform tried to find a deeper meaning in the fly's obsessive interest in Bloomberg's face, although their elaborations didn't go further than trivial parallels with a stereotypical object of the insect's obsession.

And what draws flies faster than anything else?

Even the fly knows Bloomberg is full of BS. pic.twitter.com/MAqxxLjeQL

During his speech, which some netizens apparently were still listening to, Bloomberg dug into one of Trump's main perceived strong points – that he is able to translate his success in business into economic growth for the country as president. The former New York mayor noted that Trump had driven his businesses to bankruptcy on six occasions, doubting that POTUS has business acumen.

Bloomberg himself withdrew his candidacy early on in the Democratic primaries. He managed to win only 59 delegates out of nearly 4,000 before dropping out shortly after Super Tuesday, despite spending a fortune of over $1 billion on his campaign. Back then, POTUS ridiculed Bloomberg after he announced his exit from the race, saying that his political strategists had taken him "for a ride".