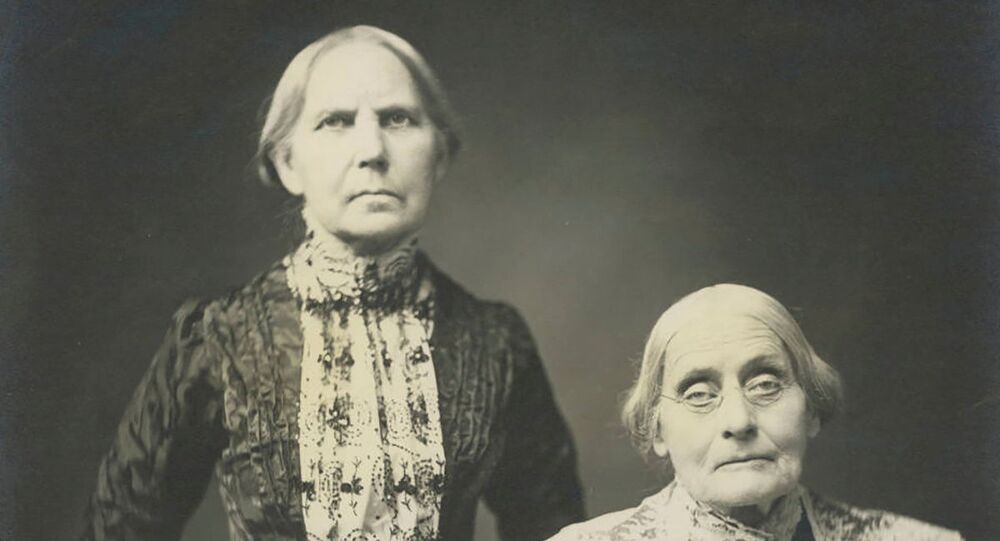 While some netizens mocked Trump's actions, Kathy Hochul even demanded that the pardon for Anthony be rescinded, arguing that the latter "was proud of her arrest to draw attention to the cause for women’s rights, and never paid her fine".

US President Donald Trump has apparently managed to cause quite a ruckus on social media as he moved to pardon Susan B. Anthony, a women's suffrage leader who was arrested for voting in 1872 in violation of laws permitting only men to vote.

During an event held at the White House on 18 August, the 100th anniversary of the ratification of the 19th Amendment which ensured women the right to vote, Trump announced that he would sign “a full and complete pardon" for Anthony.

Quite a few social media users, however, seemed either nonplussed or went on to openly mock the president's move.

I’m surprised Trump didn’t refer to Susan B. Anthony as a suburban housewife.

So Donald Trump is pardoning Susan B. Anthony. I’m confused. Isn’t she a hero because she was arrested? I thought he likes people that weren’t arrested.

she’s going to rise from the grave and haunt him

And Democratic New York Lt. Governor Kathy Hochul even demanded that Trump rescind said pardon, arguing that Anthony “was proud of her arrest to draw attention to the cause for women’s rights, and never paid her fine”.

As highest ranking woman elected official in New York and on behalf of Susan B. Anthony’s legacy we demand Trump rescind his pardon.

She was proud of her arrest to draw attention to the cause for women’s rights, and never paid her fine. Let her Rest In Peace, @realDonaldTrump.

​There were also those, however, who appeared to appreciate the POTUS' actions.

You can still recognize Susan B. Anthony's act of resistance by refusing to pay the fine, while also recognizing that her sentence was unjust and the government owes her an apology.

Trump, as the highest government representative, did the right thing by pardoning her. https://t.co/9wN1efzqHB

​According to the AP, Trump performed this move as he “works to curry favor with women voters” ahead of the upcoming presidential election.