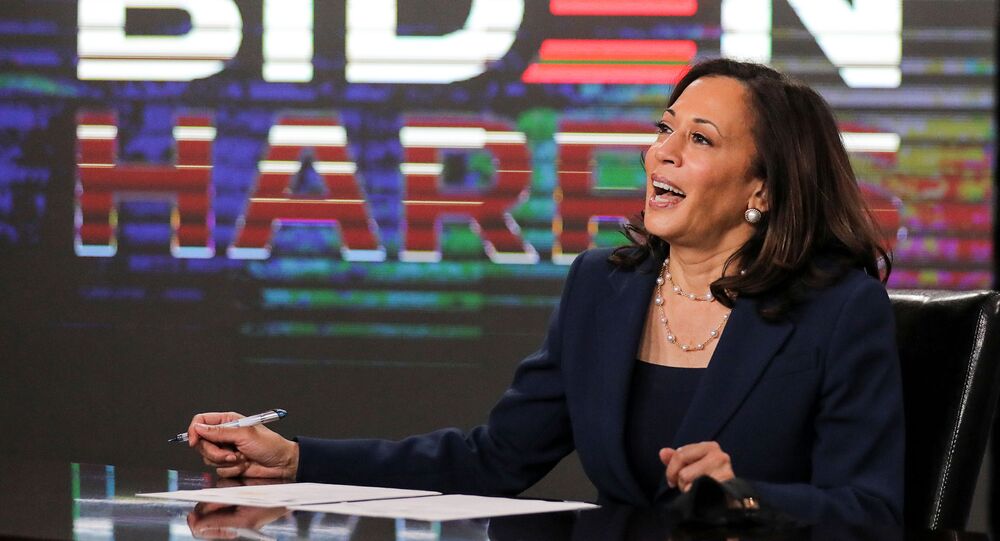 New Delhi (Sputnik): Democratic vice-presidential candidate Kamala Harris has been grabbing headlines after she agreed to be Joe Biden's running mate last week. Not least because of her Indian-American and African-American heritage with nearly one million Indian-Americans set to vote in the November election.

Snippets of Harris’ memories from India and her childhood while being raised by a Hindu mother are being published widely in Western media.

But #YoKamalaSoIndian is trending on Twitter as Indians wonder how Indian Joe Biden's running mate Kamala Harris really is.

A New York Times report, published on Sunday, said one of Harris' brightest childhood memory was walking down the beach in Besant Nagar in Chennai with her maternal grandfather P V Gopalan. In the same article she shared that during her election for California Attorney General, she asked her aunt to break coconuts for good luck at a Hindu temple.

While Harris has been known as a black politician who has lived an African American life, highlights from her “Indian life” have turned netizens creative. They are sharing hilarious memes on all the things that Harris must have done to call herself an Indian.

#YoKamalaSoIndian that she drops dosa batter on the Tawa and they turn out to be Blueberry Pancakes...

Her pancakes like her, change between Indian and black for convenience..

#YoKamalaSoIndian she never identifies as one

#YoKamalaSoIndian that she has a polythene bag full of polybags like this. 😂 pic.twitter.com/pYKhDh3bpa

"I have seen her eagerly waiting for a glass of butter milk , out side POTHYS!"

#YoKamalaSoIndian that she cleans and reuses the single use cutlery.

Harris is one of only three Asian Americans in the Senate and the first Indian-American to serve in the chamber. On Sunday, Harris roped in Indian-American Sabrina Singh as press secretary for her Democratic vice presidential campaign.

Meanwhile, co-chair for the Trump Victory Indian-American Finance Committee and Indian Voices for Trump, Al Mason, has asserted that the incumbent US president has struck the right chord with India by standing up to China and not interfering in the Kashmir conflict, while Harris criticized New Delhi.