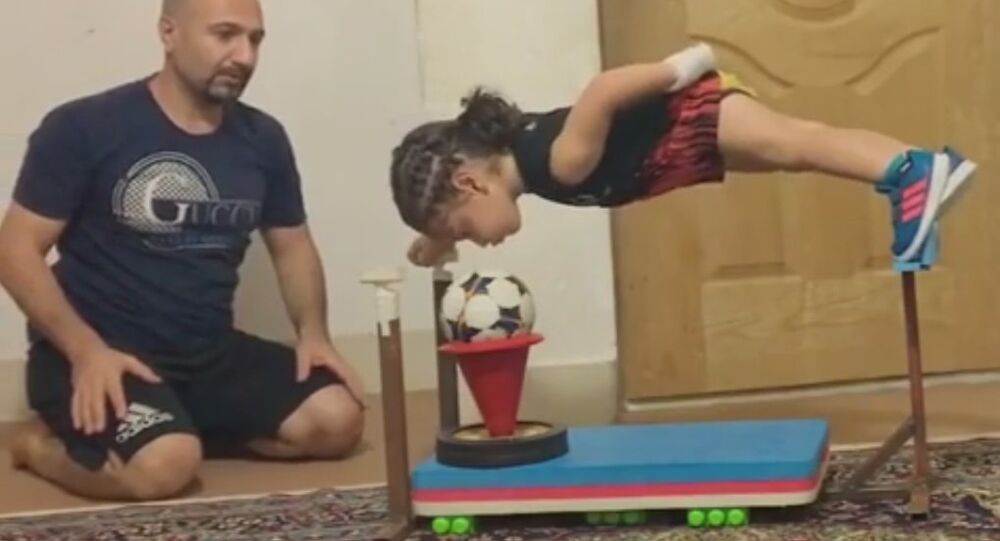 Boasting over 6mln fans, 6-year old social media sensation Arat Hosseini from Iran is known for his amazing football skills and has been widely compared to his idol, Lionel Messi.

He may be only 6, but aspiring footballer Arat Hosseini from northern Iran is already an Instagram celebrity with 6.8m followers.

The youngster dubbed “Little Messi” has reportedly been training hard since the age of one to achieve the impressive football and gymnastic skills he showcases today. The boy, with jaw-dropping mini-six-pack abs, has now signed up with the Liverpool FC academy, and is touted as having star potential, writes the Daily Star.

Many of Arat’s training videos have gone viral, with netizens marveling at the boy’s virtuoso skills replicating Barcelona’s great star Lionel Messi. Thus, footage has shown the youngster performing some 3,000 keepy-ups and other gymnastics feats.

​According to Arat’s father Mohammad Hosseini, who has cleared their living room so the boy can train for up to three hours daily, when his son was 13 months old, foreign countries offered him to the chance to move from Iran. At the time, he refused the offers, and continued to train his talented offspring at home.

Finally, the family moved to England in 2019 and the prodigy’s father wasted no time in signing Arat up to the Liverpool FC academy.

“No-one is like Arat – he is a special gift from God. I’m so proud of him because he is a little boy who is going to be the pride of the Iranian people,”  Mohammad Hosseini was quoted as saying.

Arat has been cited as saying he hopes to be the best football player in the world, “even better than Messi and Ronaldo."

“I want to beat all of their records,” says the wunderkind.