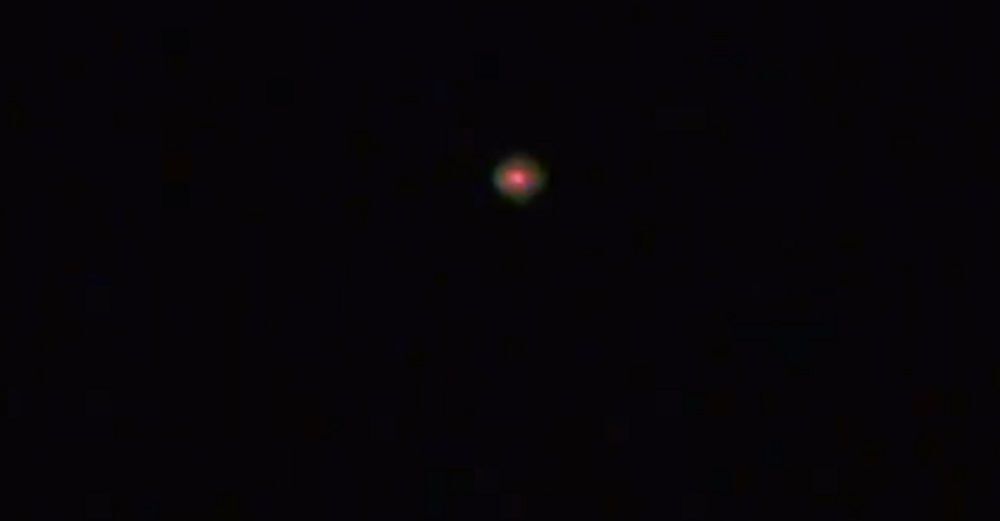 'Not a Plane, Jet or Helicopter': Rainbow-Coloured 'UFO' Spotted in Michigan Night Sky

Self-proclaimed UFO expert Scott C. Waring came across another purported video of an alien sighting, now reported in Lawton, Michigan. For the conspiracy theorist, the find has proved to be mind-blowing.

UFO enthusiast Scott C. Waring shared a new “alien-exposing” video on his ET Data Base blog, showing a “rainbow color changing” object, allegedly an extra-terrestrial saucer, as filmed in the skies of Michigan by another star-gazer.

The “elliptical-shaped” object was spotted past midnight on 13 August, in Lawton, according to the eyewitness’s account, as “was not a plane, jet or helicopter”.

“Rapidly changing bright multiple colors were emitting from it. It didn't make any sounds, that I could hear anyway”, the film’s author, Nate  H, said on YouTube.

Waring believes that “eyewitness was kind enough to keep the video original for us”, suggesting that the rapid change of colours seen in the video was unedited. And for the veteran alien hunter, this blinking routine, if real, could have been done on purpose by alien intruders – just to grab our attention from the Earth.

“When he zooms in on the object, I can see a hexagon shaped disk with a powerful glowing coming from its center. The colors could be done on purpose to get the attention of the human eyewitnesses and to put them at ease”, Waring explained on his blog.

“What I mean is, some colors are less frightening than others and its showing a lot of purple/violet colors...which are considered soothing and meditative helping”, he added, suggesting that it was an alleged alien base below Lake Michigan, that could have explained the purported aircraft’s origin.

“Clearly the aliens wanted to be seen and wanted to make a good first impression on the humans watching”, the enthusiast concluded.

© Photo : Pixabay
The Truth is Out There: Pentagon Explains Its Decision to Launch Investigative UFO Task Force
And some commentators to the original video were ready to believe him:

“I have seen stuff like that. Good catch!!”, one social media user argued.

But some of them still remained skeptical, noting that the object in question could still have been nothing but a planet or a star.

With an authenticity to such videos difficult to provide, some suggest it also could have been a very nicely done photoshop exercise or a massive hallucination.