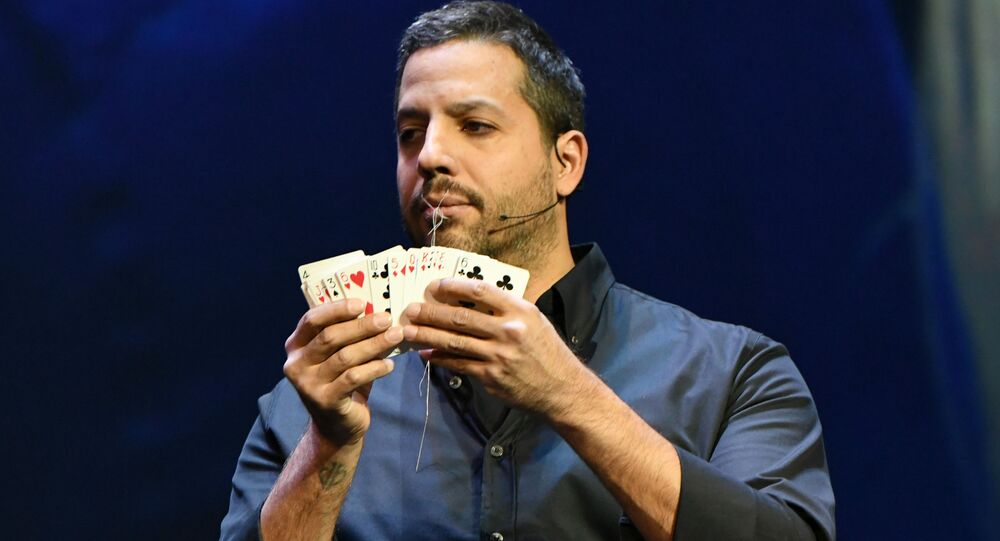 Eight years have passed since the illusionist, best known for his street performances, did a live stunt. In 2012, Blaine stood on top of a six-metre pillar for 72 hours, which was surrounded by Tesla coils that produced an electric discharge of one million volts.

Social media users were left divided after illusionist David Blaine announced his next live stunt. In recent days, the 47-year-old posted a series of photos that showed a bunch of balloons flying in the middle of clouds, but in each new photo that he posted, the balloons flew higher and higher. Later, the illusionist revealed that he will attempt to float across the Hudson River in New York using helium balloons. Blaine said that he has been preparing this stunt for 10 years. The event will be broadcast live on YouTube Originals on 31 August.

​Some even expressed disbelief that that Blaine would attempt such a daring stunt.

​One young mother asked the illusionist to teach her the trick.

Please tell me you're going to tie balloons to yourself and float up because my 5 year old asks to do that every time he sees a balloon and I need to know how many to buy. 😂

​Other social media users were unimpressed by the news, with some saying that the stunt has already been done by another daredevil.

It has been done already. pic.twitter.com/GqbYSXdgtJ

​Some netizens wished to see different a different kind of trick.

Is he gonna make COVID disappear or will we still have to wait until November 4th for that to happen?

I thought him disappearing for 10 years was the trick

​Still others contended that the stunt has nothing to do with magic and cautioned Blaine against performing it.

I love Blaine, but I’m not sure how this is “magic”. He’s attempting to float across the Hudson River using helium balloons. I’m obviously missing something here, but you could do something similar for $175 in Carmel.

​David Blaine rose to fame with his street performances, which were later made into a special and aired on ABC. The illusionist then started performing live stunts testing his endurance. In 1999, he was entombed in an underground plastic box, which was underneath a three-ton water-filled tank, for seven days. During that time, he only drank a few tablespoons of water a day.

A year later, he performed a stunt called Frozen in Time, where he was expected to stand in a block of ice for 72 hours, with one tube supplying him with air and water and the other tube removing his urine. He was taken out of the ice block after 63 hours amid concerns that he might go into shock.

In 2008, he performed the Upside Down Man in Trump Tower, in which he, as one may have guessed, spent 60 hours hanging upside down without a safety net. During the stunt, he pulled himself up to drink and to restore normal blood circulation.