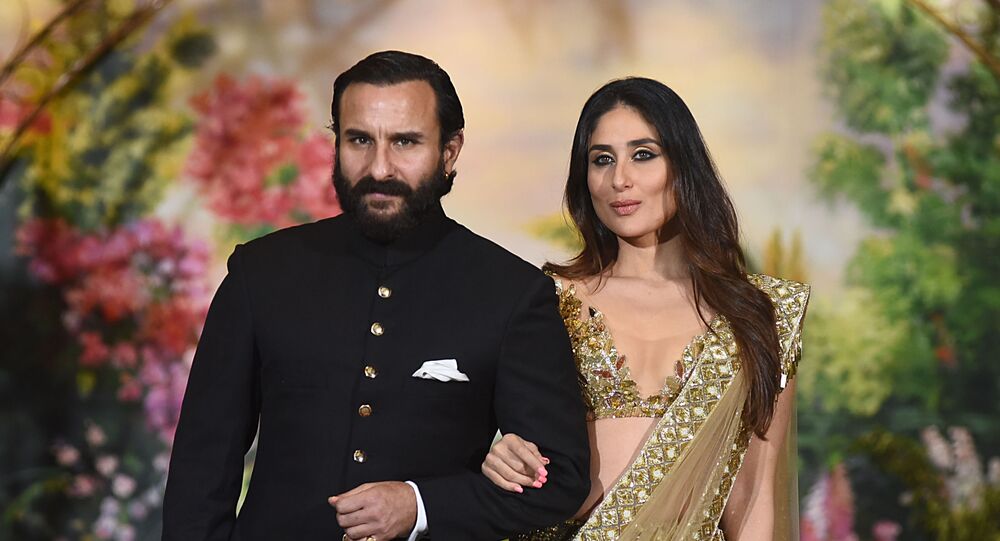 New Delhi (Sputnik): After a dark spell of clouds over Bollywood with back-to-back deaths of celebrities in 2020, the movie buffs have got the chance to perk up with positive news of “gossip monger” Kareena Kapoor getting pregnant for a second time.

Twitter users had a field day on Wednesday as Bollywood’s royal couple Kareena Kapoor and Saif Ali Khan confirmed the rumours of the two expecting their second child.

“We are very pleased to announce that we are expecting an addition to our family!! Thank you to all our well-wishers for all their love and support", The Hindustan Times quoted the couple saying in a statement.

Since Wednesday, rumours were rife on social media over Kareena expecting another child.

With confirmation today, fans are going wild on Twitter, surprised at the news. Amusingly, the memes are directed at Bollywood Director Karan Johar, who has been labelled the "King of Nepotism" in the industry for launching star kids. Netizens trolled him, saying he would now have another star kid to launch.

​Others poked fun at the couple’s firstborn Taimur Ali Khan, who hogged the paparazzi’s attention with his first breath, saying he would have to share his attention with another coming.

​Kareena is the second wife of Bollywood actor Saif, 49, who belongs to royal Pataudi family of a former princely state. The two got married in 2012 and are blessed with a three-year-old son Taimur. She will be seen on the big screen in the film "Laal Singh Chaddha", alongside Aamir Khan.