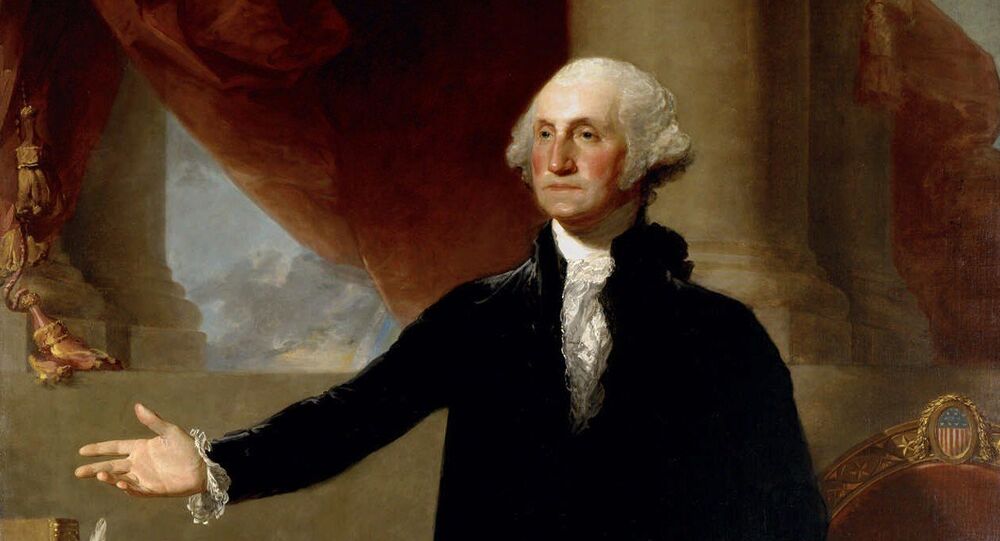 POTUS Claims G. Washington ‘Would Have Had a Hard Time’ to Beat Him in Election, Ignites Twitter

US President Donald Trump has repeatedly blamed the coronavirus (COVID-19) pandemic, which started in China in late-December 2019, for his declining poll statistics, as his administration faces heavy criticism over its handling of a crisis where over 5 million Americans have been infected with the disease and at least 164,603 have died.

President Donald Trump said on Tuesday that George Washington, the first US president and one of the founding fathers of the United States, “would have had a hard time” to win against him in a presidential election, before the coronavirus pandemic.

“I don’t know if you’ve seen. The polls have been going up like a rocket ship. George Washington would have had a hard time beating me before the plague came in, before the China plague,” Trump declared during a Tuesday radio interview. “And then, you know, like every other nation, like other countries, when you get hit, it affects you, and we went down a little bit”.

Show host Hugh Hewitt could be heard laughing in response to the president’s claims.

Netizens met Trump’s remarks with satire and mockery, with some questioning whether he “knows who George Washington was”.

I’m surprised he knows who Washington was. 🤣

So either he is extremely high today or this is trying to distract from the fact that the Flynn hearing is going poorly for him.

Other Twitter users mocked Trump bragging that he could win an election against someone who has been "DEAD for over 200 years".

"Uh....Um...do I even need to point out what is wrong with this statement? Um, Trump, George Washington isn't running against you in the 2020 election. He's kind of been, uh, you know, DEAD for over 200 years," according to a tweet.

Uh....Um...do I even need to point out what is wrong with this statement? Um, Trump, George Washington isn't running against you in the 2020 election. He's kind of been, uh, you know, DEAD for over 200 years.

George Washington would have dueled Trump before the election because of his mouth. Trump would have been dispensed with by the founders just like Burr.... but sooner.

For one, not true. Second, presidents typically get a huge bump during a crisis because Americans look for strong leadership. But it requires being straight with us like FDR. Finally, it goes to show that there is more than just a strong economy(which started under Obama).

Washington kept a starving army together by force of will, invented the presidency, signed the Constitution, surveyed a frontier, taught himself everything he knew, and died universally loved. What have you done to surpass this?

Trump’s poll numbers have significantly dropped during the ongoing COVID-19 pandemic over his administration’s handling of the virus outbreak in the country, where more than 164,600 Americans have died of the disease.

The president’s approval rating in the RealClearPolitics index of polls dropped from 47.3 percent in late March, the beginning of the outbreak in the US, down to 41.1 percent in early July, according to The Hill. However, as of Tuesday, his approval, according to the site, stood at 43 percent.

During the radio show, Trump said he might encounter difficulty during the 2020 US presidential debates against presumptive Democratic nominee Joe Biden, who the president said “wasn’t smart”.

“If [Biden] goes and debates, if he said 'Yes, I had a wonderful breakfast, thank you for asking the question,' they’ll give him, they’ll say it was one of the greatest answers in history. So you know, I know what I’m up against, and I had a smaller dose of it with Hillary [Clinton]. But Hillary was smart. Joe was never smart. Joe wasn’t smart in prime time,” Trump stated.

Trump and Biden are scheduled to face each other in three debates in October, ahead of the 3 November presidential vote.

In June, Biden led Trump by more than 10 points in the RealClearPolitics average index. In the meantime, the Democratic presidential hopeful leads the Republican president by 7.2 points.