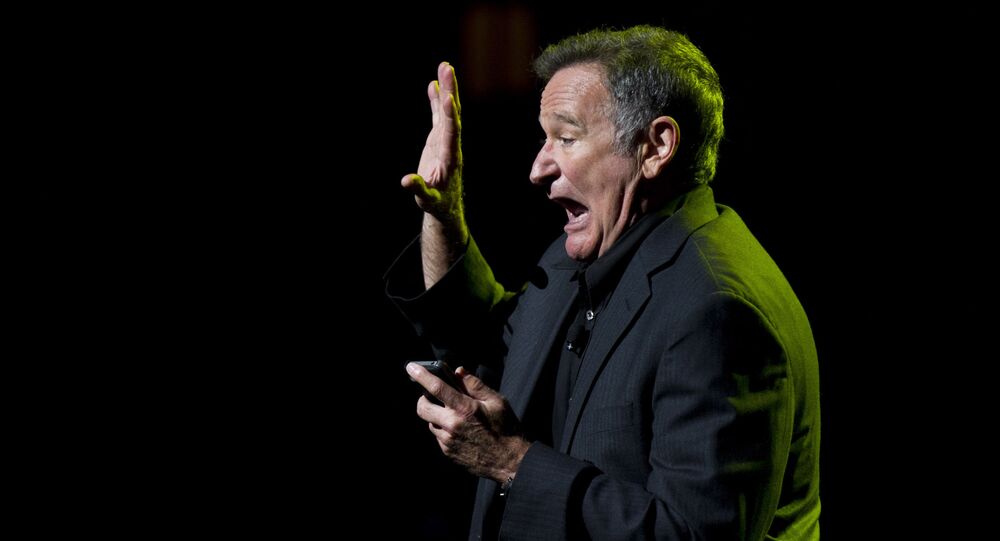 An unimpressed Zelda Williams went on Twitter on 8 August to rebuke US President Donald Trump’s second son for posting online one of her late father, Robin Williams’ old comedy clips, in which he mocks former vice president Joe Biden, who is currently the presumptive Democratic presidential nominee in the November 2020 election.

The actor’s daughter fired back, suggesting Eric Trump check out other videos of her Father, where he had some things to say about the current White House incumbent.

While we’re ‘reminiscing’ (to further your political agenda), you should look up what he said about your Dad. I did. Promise you, it’s much more ‘savage’.

Gentle reminder that the dead can’t vote, but the living can ♥️ https://t.co/CXDTovG5yo

​Earlier, Eric Trump, 36, shared a video of Williams, who died in 2014, poking fun at Barack Obama’s former Vice President during a stand-up show in 2009.

“We still have great comedy out there, there’s always rambling Joe Biden, what the f***… Joe says s*** that even people with Tourette's go: “No. What is going on?””.

Williams also said that Biden was “like your uncle who is on a new drug but hasn't got the dosage right”.

After Zelda Williams had fired her Twitter salvo at Eric Trump, many social media users started reposting the video clip taken from a show in Atlantic City, New Jersey, in 2012, where Robin Williams went after then-business mogul Donald Trump, slamming him as “a scary man” and “the Wizard of Oz” because “he plays monopoly with real f***ing buildings”.

“This is a man who said “My daughter is hot.” Even people in Arkansas went “that’s f*cking wrong, that’s just way out of place,”” Robins says in the clip.

And here's Robin talking about your "Dad."

Not that pointing out his flaws isn't unlike hitting a softball hung over the plate by a stringhttps://t.co/HHLd7gxLMi

​Many netizens shared the indignation expressed by the iconic actor’s daughter over her father’s memory and legacy being “dragged” into the campaign fray.

God what is wrong with this family. They talk about fake news then they do this. News flash Robin never bashes anyone he is a comedian. Its his job to make jokes about people and things in his life. Also how dare you use someone who isn't with us as your profit or point.

Robin never savaged anyone. That's a terrible thing to associate his name with.

I am SO sorry your dad has been used like this in for political gain.
I am fuming at seeing this.

​Some netizens disapproved of Zeld Williams using a video clip of her Father mocking Trump as a retaliatory move.

The sheer levels of disrespect:
using her father's memory and likeness to promote a political agenda?

"RockBottom is always further down than you think"

​Others offered the late actor’s daughter their unconditional support.

That fact that this has more likes than Jr’s original post is golden. The people have spoken 😎

This goes without saying, but I have to say it. Your dad is better than his dad, Zelda.

I am SO sorry your dad has been used like this in for political gain.
I am fuming at seeing this.