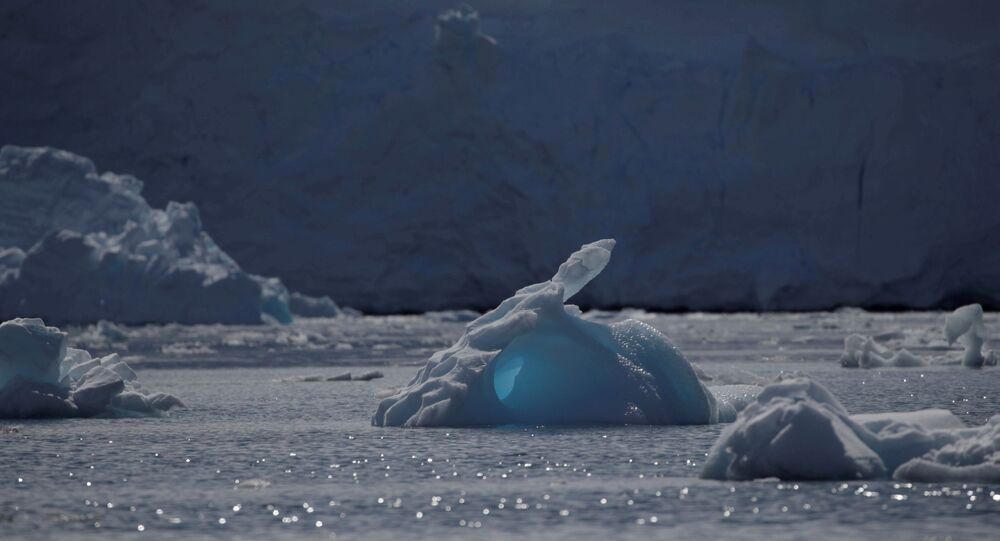 Images of a large mass of ice lying south of New Zealand were discovered on Google Earth, with the uncanny shape firing users' imaginations.

A Google Earth user has spotted a bizarre ice structure positioned on an iceberg about 100 miles (161 km) from the coast of Antarctica, south of New Zealand.

Dubbed the '400ft ice ship' and subsequently shared in a YouTube video by user MrMBB333, who describes himself as an Earth Watchman, the mass seems to bear an uncannily resemble the outline of a cruise liner, complete with windows and funnels.

The video, whose authenticity cannot be verified, starts out by zooming in on a large chunk of ice rising above the white landscape.

After it switches to the 3D view, the shape calls to mind images of a vessel of some sort.

“You look down on it and it looks like the outline of a ship… This measures 400ft long, whatever that looks like, it looks like a ship. An ice ship if you want to call it – a 400ft yacht just sitting there off the coast of Antarctica,” said the user who posted the footage online.

Earlier in the video, another patch of ice is claimed to show evidence of what are suggested as walls, entryways and vehicle parking.

The eerie footage had netizens fired up and spouting all manners of possible theories to explain the phenomenon.

A string of conspiracy theories suggested there was something hidden there, and suggesting much more attention needs to be given to the frozen continent.

Explanations ranged from a secret Nazi base or forgotten ship, to evidence of aliens and traces of ancient civilisations.

Still others suggested it might be a secret vessel that has been hidden away until the time comes to whisk the 'elite' of this world away to a safe haven in the event of a global disaster.

On its side in ice? More like the Jesus Cloud than anything else. And “3D view” mode does not show such detail on sat photos - down to under a foot in 3D in one photo?

Haaaaa. Looks like a poor sand sculpture from Formby beach...

Never believed that BS about Hitler committing suicide and being cremated in a bunker. He got away, but not for long. God took matters into his own hands I guess.