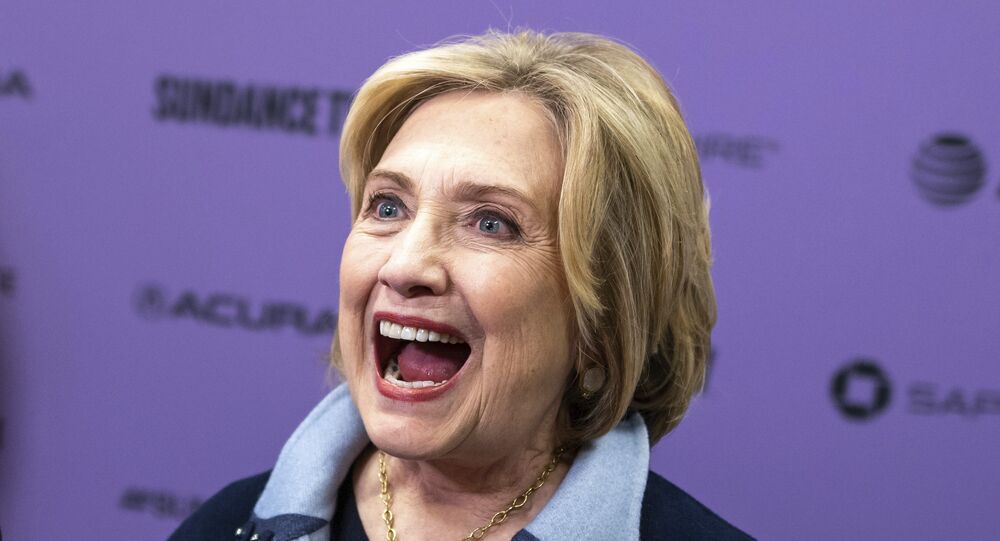 'Queen of Shade': Hillary Clinton Riles Up Social Media as She Mocks Columnist

The original version of the column in question apparently mentioned that it has been 36 years since “a man and a woman ran together on a Democratic Party ticket”, even though Hillary Clinton ran for president in 2016.

A recent NYT column by Maureen Dowd about Geraldine Ferraro, whom the author described as the first woman to become a serious contender for the position of Vice President of the United States, has come under fire from US senator and former Democratic presidential hopeful Hillary Clinton.

As the newspaper points out in the correction it issued for the article in question, the original version of the column apparently mentioned that it has been 36 years since “a man and a woman ran together on a Democratic Party ticket”, with the election in which Ferraro participated taking place in 1984.

"Either Tim Kaine and I had a very vivid shared hallucination four years ago or Maureen had too much pot brownie before writing her column again”, Hillary tweeted in response, making an apparent reference to her 2016 presidential bid.

Either @TimKaine and I had a very vivid shared hallucination four years ago or Maureen had too much pot brownie before writing her column again. https://t.co/J3SSwtkg7x

​Quite a few social media users proceeded to praise Clinton over her retort and criticize Dowd, some of them describing Hillary as the "Queen of Shade".