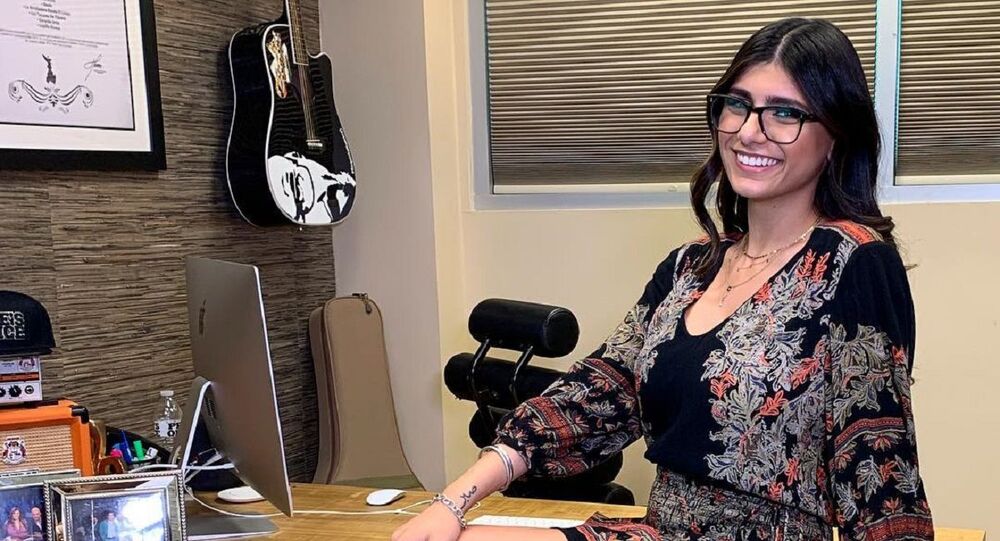 Following a deadly explosion in Beirut on 4 August, Lebanese-born TV commentator and former adult film starlet Mia Khalifa has made a number of controversial statements on her social media accounts, including the one where she expressed her determination to “vote revolution” for the country in the wake of the blast.

Khalifa said that all proceeds from the bid will be donated to the charity, following Tuesday's devastating explosion in Lebanon’s capital that took lives of at least 137 people, according to the most recent estimates.

The OG’s: The infamous MK glasses are on auction! 100% of proceeds will be donated to @RedCrossLebanon on IG live via wire transfer.

I’m just trying to get creative with raising awareness... #Beirut needs us all.

"Creeps are welcome, your money is just as green as ours!", she added on Instagram.

Khalifa’s bidding initiative also earned some critics, despite being directed at a good cause:

Can't believe a woman who tries to raise money for helping others is getting so much hate? Who cares how she get's the funds, by baking pancakes on the street or selling artifacts from a dark(er) past? Remember the Aussie bushfires? Remember @THENAKEDPHILAN1 ? #heroes #respect

Make another movie. Should raise a couple 100K in a day.

At the time of writing the article, they were bidding at $11,400.00 price, significantly rising from initially stated $50.

Several thousand people were injured during the Tuesday blast in Beirut, which was caused by the unsafe storage of 2,750 tonnes of ammonium nitrate at the local port; around 300,000 people have been left homeless, according to the city’s governor. Following the explosion, Khalifa took to social media to express dissatisfaction with the governors of her country of birth and called for revolution in Lebanon.