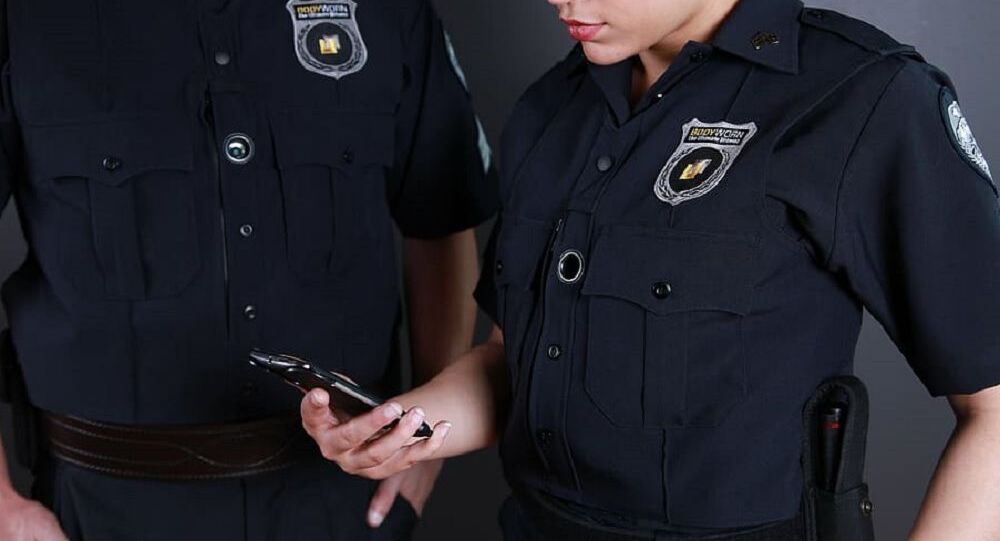 US Policewoman Under Fire After Posting Sexy TikTok Video Online

Christine Galgano, who joined the New York City Police Department in 2018, has been quite active on social media with her fitness routine and charity promotions. However, the police officer attracted widespread publicity for another stunt.

Bronx cop Christine Galgano, 27, came under fire for posting a provoking TikTok video online, where she appears in her police uniform – something which apparently breaks NYPD rules, according to the New York Post.

In the clip in question, which has since been taken down, Galgano was seen wearing only the top half of her official uniform, short dark pants and cowboy boots, as well as something resembling a holstered service revolver, the Post revealed.

It appears that the NYPD officer was trying to mirror the character of Lt. Dangle from Comedy Central’s “Reno 9/11” series with her trick, while reportedly twisting in a yard accompanied by a recorded message of his voice saying “I’m just goofin’ …new boot goofin’, oh!”, an iconic phrase from one of the show’s most well-known scenes.

But apparently, not everyone found the video funny: Galgano’s TikTok activity actually violated NYPD’s social media policy, as it is forbidden for officers to post “photographs of themselves in uniform and/or displaying official identification without authorisation”.

Galgano was not on duty on that day, according to NYPD spokeswoman Sgt. Jessica McRorie, but the incident was still under investigation and “addressed by the officer’s commanding officer”. McRorie still did not specify whether the woman was disciplined for her actions.

For many social media users, however, the stunner actually did not deserve any harsh reprisals for her social media moves, as she actually drummed up good press for the NYPD, according to some.

Appears to be the absolute best thing about the NYPD...!.

It's because violence is ok but sex is not

She has in my house if things get tough for her

​Galgano has been with NYPD since 2018. She presents herself on other social media platforms, including Instagram, where she has 11,900 followers, as a fitness enthusiast, charity promoter and a “lupus warrior”.

Meanwhile, the Trump administration has recently started a crusade against the Chinese app TikTok, with the president pledging to punish Beijing for being responsible for the scale of the coronavirus pandemic and other officials reiterating national security concerns allegedly related to the platform. Since last year, US Army soldiers have already been banned from using the app on their work mobile phones in relation to potential compromises of national security.