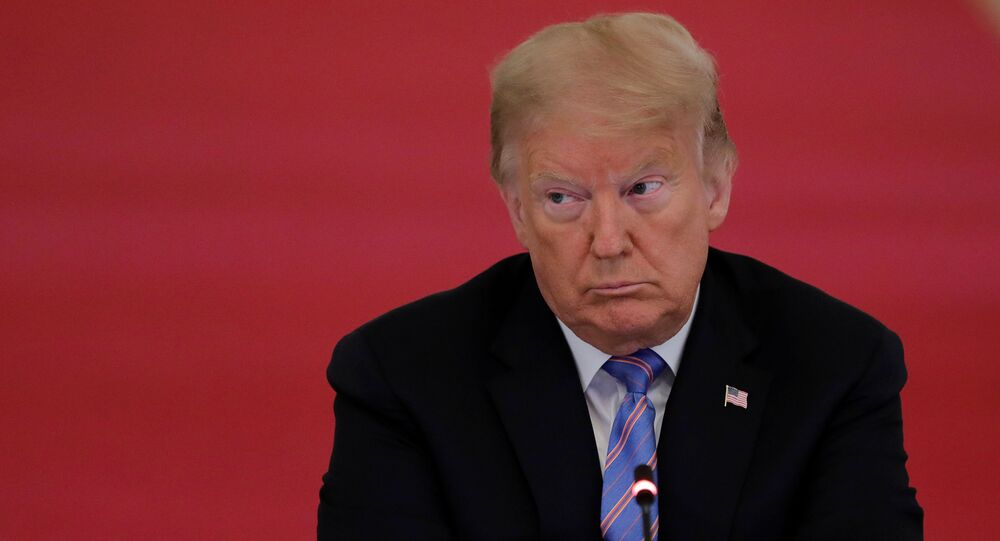 Doctor Stella Immanuel was born in Cameroon and received her medical degree in Nigeria. She is now a registered physician in Texas in the United States. She runs a small clinic and has a church called Firepower Ministries.

Social media users were left hysterical after media reports said that a doctor who Donald Trump supported on Twitter believes that gynecological problems, like cysts or endometriosis, are the result of people having sex with demons.

During a sermon, Dr Immanuel claimed that demons take a female form and have sex with men in dreams, collecting their sperm and then use it when having sex with women and reproducing this way. The demonic sperm, Immanuel claims, causes different diseases and ailments. In addition, Dr Immanuel believes that alien DNA is used to treat people and that the US government is run partly by reptilians.

Trump retweeted a video showing Immanuel along with other doctors touting hydroxychloroquine as a cure for the coronavirus, which has infected 4.4 million people in the United States and killed more than 148,000.

The president himself has previously praised the anti-malarial drug; however, the World Health Organisation has said it’s not effective against the disease. In addition, Immanuel and other doctors claimed that masks don’t stop the spread of COVID-19.

Some netizens were stunned by the news and asked whether Dr Immanuel should be allowed to work as a doctor.

How does she still have a license?

She obviously can't be trusted to to leave her beliefs out of any diagnosis, treatment plan, or prescription.

How does she still have a medical license? Sadly she preaches like the folks that torture and kill kids as witch children. Don't laugh at this! She has vulnerable folks that trust her. This can be very dangerous. Where is the @Texasmedicalboard to investigate?

​Others netizens contended that despite the doctor’s belief in controversial topics like aliens and sex with demons, her opinion that hydroxychloroquine is effective against the coronavirus should not be disregarded.

It amazes me that other countries around the world has had success treating patients with Hydroxycholoroquine, but in the U.S. it doesn't work. What this doctor believes in terms of her personal beliefs is irrelevant. Keep in mind, there were several doctors advocating as well.

​Some users even suggested that those who mocked Dr Immanuel were doing so on purpose, because they didn’t want the public to see that Trump was right about hydroxychloroquine's effectiveness against COVID-19.

Imagine being so filled with hate that you would rather have people die than be treated with HCQ, because that would make Trump right.

Imagine being such a racist misogynist pig that you pick the black African woman to attack and belittle.#DemocratsAreDestroyingAmerica pic.twitter.com/UG9PJhAix4

​Other netizens were preoccupied with the idea of having sex with demons...

Is having sex with demons and witches in your dreams considered cheating?