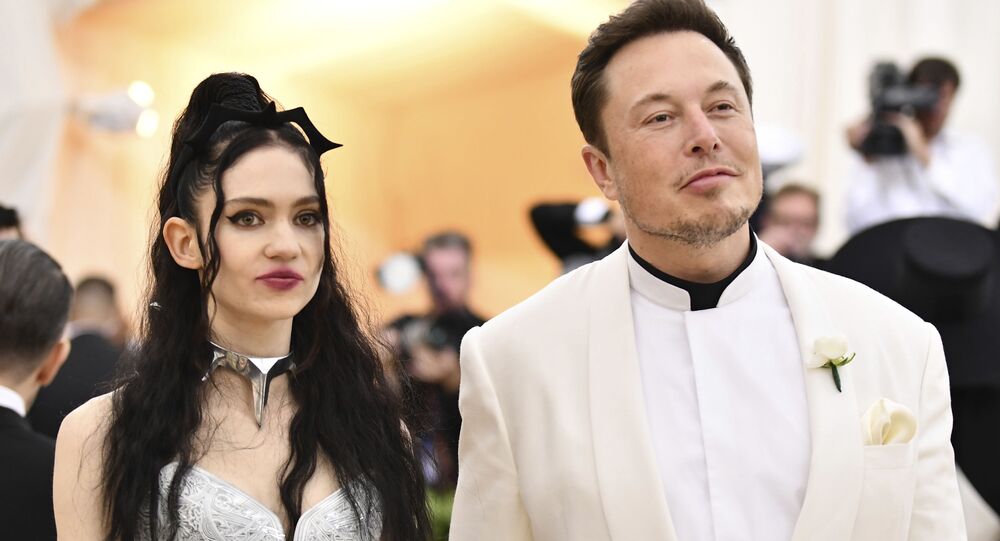 ‘Turn Off Your Phone’: Grimes Scolds Elon Musk After He Tweets ‘Pronouns Suck’

The Tesla and SpaceX boss has had a field day on Twitter, criticising government policies, mocking an entire political movement, and getting scolded by his wife over the use of pronouns.

Elon Musk has got into family trouble after tweeting that “pronouns suck”, in an apparent swipe at the use of gender-neutral pronouns by transgender people.

His wife, singer Grimes, tweeted in response: ““I love you but please turn off ur phone or give me a dall [sic]. I cannot support hate. Please stop this. I know this isn’t your heart.”

The spat is all the more surprising given that Musk and Grimes, whose real name is Claire Boucher, have previously agreed to the gender-neutral parenting of their first child, X Æ A-12, born in May this year.

Although the baby is biologically male, Grimes said she would like him to choose his own gender identity and referred to the baby as “them”.

“I don’t want to gender them in case that’s not how they feel in their life,” she told fans via a livestream in February.

Elon Musk, whose off-handed tweets once cost him the position of Tesla chairman and triggered a defamation lawsuit, added a red rose to his Twitter name on Friday, apparently mocking the symbol of the Democratic Socialists of America.

The billionaire entrepreneur also contended that another federal stimulus package is “not in the best interests of the people”, suggesting that any such measure should provide direct payments to customers.

He then tweeted that “Twitter sucks”, before announcing his position on pronouns. And while some people agreed that making fun of pronouns wasn’t funny…

​Grimes really is like "Elon you're better than this :(" when she's dating a billionaire empathy lacking capitalist. What did she expect??

​Many others suggested that calling out Elon over the issue was somewhat hypocritical from his wife.

Grimes while Elon was being capitalistic/imperialistic af

grimes calling out elon musk for saying he hates pronouns while naming her baby after a CIA military surveillance plane that was used in vietnam is peak lib shit pic.twitter.com/UX20yGoUnK

Weird how Elon admitted to being pro-coup in Bolivia, but what is trending is how Grimes called him out for pronouns...

Maybe trend the billionaire being imperialist for once...