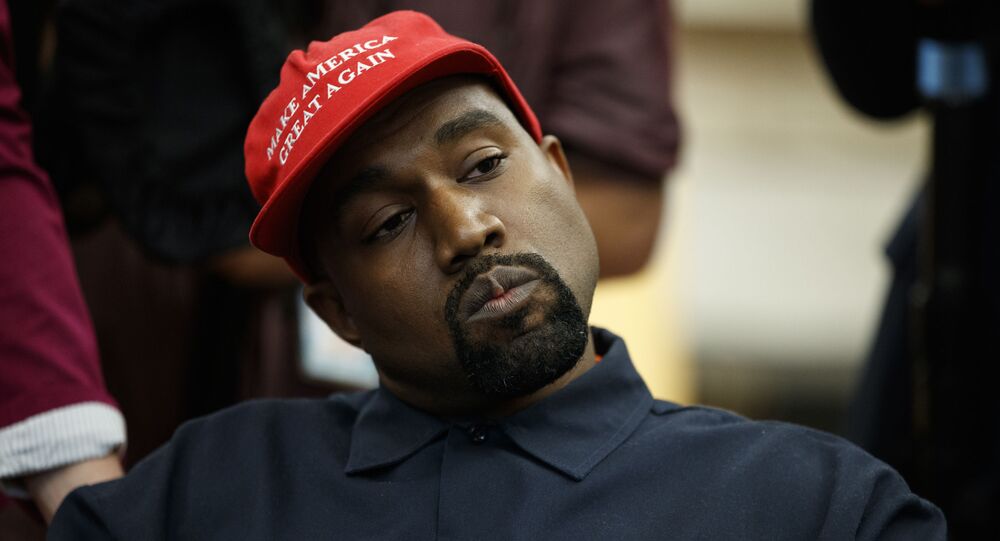 Kanye's Twitter outburst comes amid reports that he and his wife Kim Kardashian are now living apart, having been "at each other's throats" for months.

American rapper Kanye West has caused quite a stir online after he bashed his mother-in-law Kris Jenner in a series of explosive, now deleted tweets.

In his social media tirade, Kanye went on to dub Kris as "Kris Jong-Un", in an apparent comparison with the North Korean leader, and even proceeded to accuse her and his wife Kim Kardashian of "white supremacy".

​The rapper, however, deleted the tweets less than an hour after posting them, leaving only the final tweet in which he appears to describe himself as "the future president".

​Quite a few social media users, however, took note of Kanye's outburst before he managed to take down the tweets in question, with "Kris Jong-Un" soon emerging among the Twitter trends.

He accused his wife Kim and mother-in-law Kris Jenner of being white supremacists.

He first used the term, Kris Jong-un and this… https://t.co/RpUa6lT68I

Some also joked about how certain people might react to this development.

kim jong un getting ready to nuke the us after kris jong-un is trending on twitter pic.twitter.com/pJhPO4AyV3

When you realize if your mother is Kris Jong-Un that means you are Kim Jong-Un. pic.twitter.com/7xPFBQFHqz

Earlier, reports emerged that Kanye West and Kim Kardashian, have been "at each other's throats" for months and are now living apart.