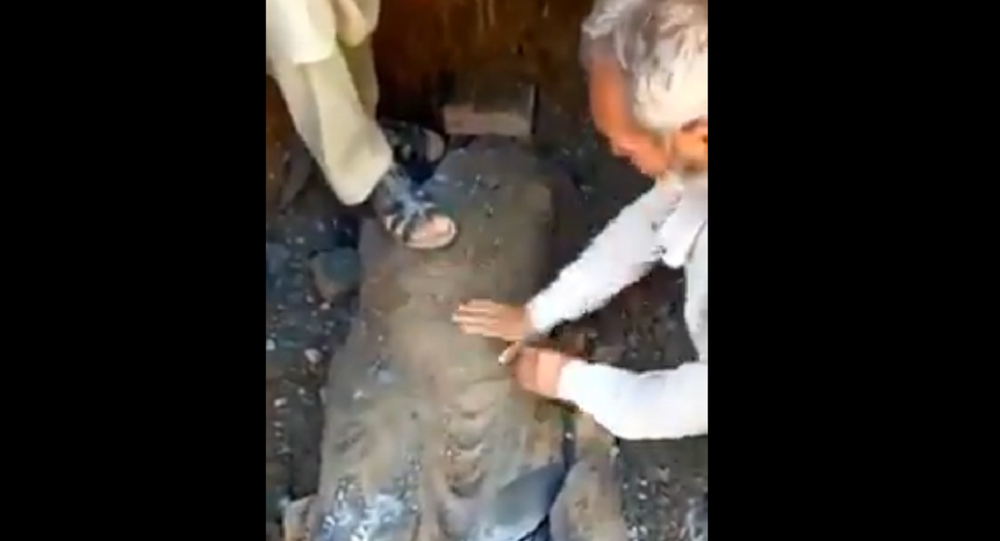 Pakistani police arrested four people on Saturday that were allegedly involved in the destruction of a third-century, life-sized Buddha statue.

Four people were detained under the country’s antiquities law for destroying the statue, police in  Khyber Pakhtunkhwa, the northwestern province of Pakistan, recently told The Independent.

​The statue was located near Takht-i-Bahi, an archaeological site of an ancient Buddhist monastery in Mardan. The site is a popular tourist destination.

A video of the incident shows the men, who are all laborers, hammering the statue into chunks. They can be heard discussing the statue while breaking it down.

“Look it’s a standing doll … look it’s a female and we just broke the thighs. Look this is her belly button … it’s not clean. This is the shirt … you know shirts which are long and hanging,” one of the men says.

Another man asks: “Is this of a Hindu or a westerner?”

The man standing next to him responds: “Hindu … this is Gautam Buddha.”

The men also congratulate each other in the video for destroying the statue.

According to initial reports, the statue was destroyed following demands by a local religious leader. However, a local police official told The Independent that “at this moment it is not clear why and on whose directives the four accused destroyed the statue.”

Abdul Samad, the provincial director of archaeology, also confirmed to The Independent that the laborers were doing construction work when they stumbled across the statue.

“Instead of informing the archaeology department that they have found a life-sized Buddha statue, they destroyed it and made [a] video,” Samad told The Independent, also noting that the police have collected pieces of the statue.

“It was a 1,700-years-old Buddha statue. Police have cordoned off the area and we will soon conduct a survey whether there are more antiquities in the village or not,” he added.