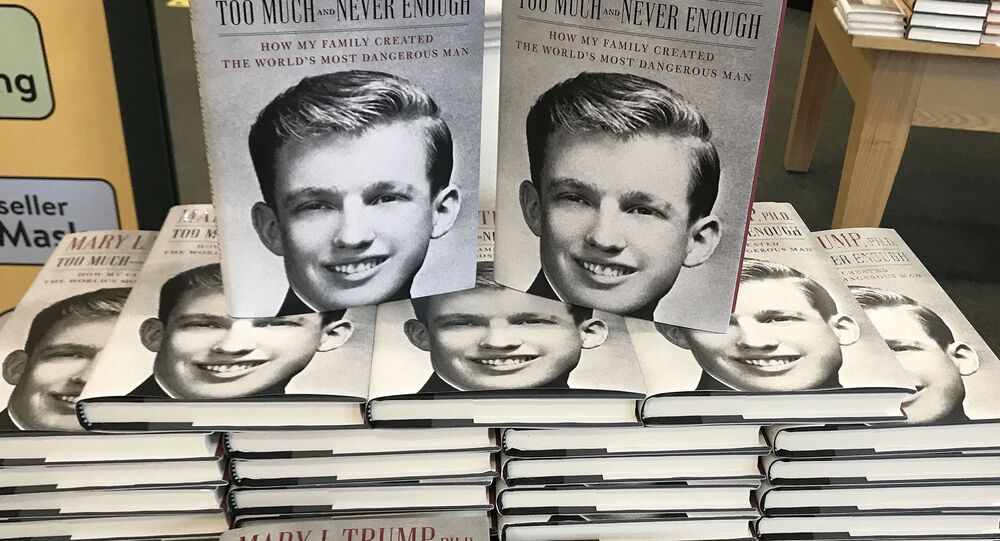 Book publisher Simon & Schuster revealed that the new book by US President Donald Trump’s niece, titled “Too Much and Never Enough: How My Family Created the World’s Most Dangerous Man,” set a sales record for the company, with 950,000 copies sold through Tuesday, when it was released.

The 950,000 figure includes presale orders in all formats, including print books, electronic books and audiobooks. The memoir, written by Mary Trump, includes various anecdotes about what it was like to grow up in the Trump family.

“‘Too Much and Never Enough’ has entered the national conversation in a way that few books ever do, becoming a cultural phenomenon and must-read for anyone seeking to understand the singular family dynamic that produced the most powerful man in the world today,” Simon & Schuster CEO Jonathan Karp said in a Thursday statement, the Los Angeles Times reported.

“It is at once a revealing psychological portrait and a work of historic importance.”

The publisher has also ordered a 14th printing of the book, to bring the total number of copies to more than 1,150,000, Deadline reported.

During a Tuesday interview with ABC News chief anchor George Stephanopoulos, Mary Trump called on the president to resign.

“I saw firsthand what focusing on the wrong things, elevating the wrong people can do – the collateral damage that can be created by allowing somebody to live their lives without accountability. And it is striking to see that continuing now on a much grander scale,” she said.