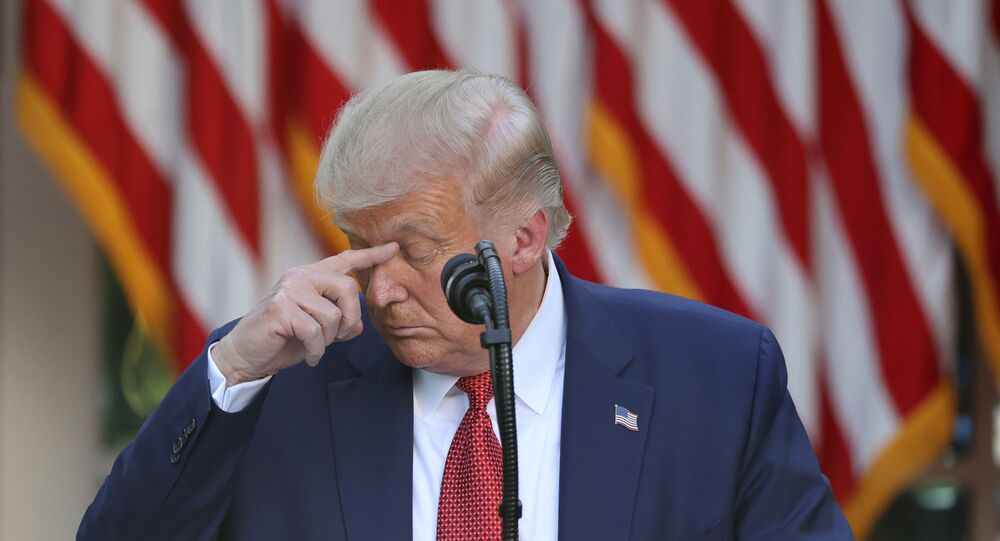 Twitter users ridiculed US President Donald Trump's recent remark asserting that the European Union was formed "to take advantage of the United States", as he also claimed that "Europe never treated us well".

It did not take long for netizens to lambast the remark, filling the threads with history lessons reminding the president of the impact of the World War II, the Marshall plan and pivotal treaties that marked the formation of the European Union, including the Treaty of Rome signed in 1957 that envisaged the creation of European Economic Community (EEC) and establishment of the customs union.

There go all of our alliances built since 1945!!

He thinks it was signed in the Russian territory known as Finland.

Wait did Trump just say that the EU was formed to take advantage of the US? Dude have you heard of ww2?

The EU was formed to protect Europe. Who’d have thunk it?

​Some users recalled examples of vital cooperation between the European Union and the United States and sneered at Trump’s "Europe, which has never treated us well" comment.

“Europe, which has never treated us well.”

I’m gonna need to fact check on that one

Others rolled suggestions on formations created to "take advantage of the US", criticizing Trump's coronavirus response, by comparing it to that of European countries.

Trump was "formed" by the Republicans to take advantage of the United States.

Mmhmm.. I would much rather be in the EU right now! pic.twitter.com/YyRPLU2bSm