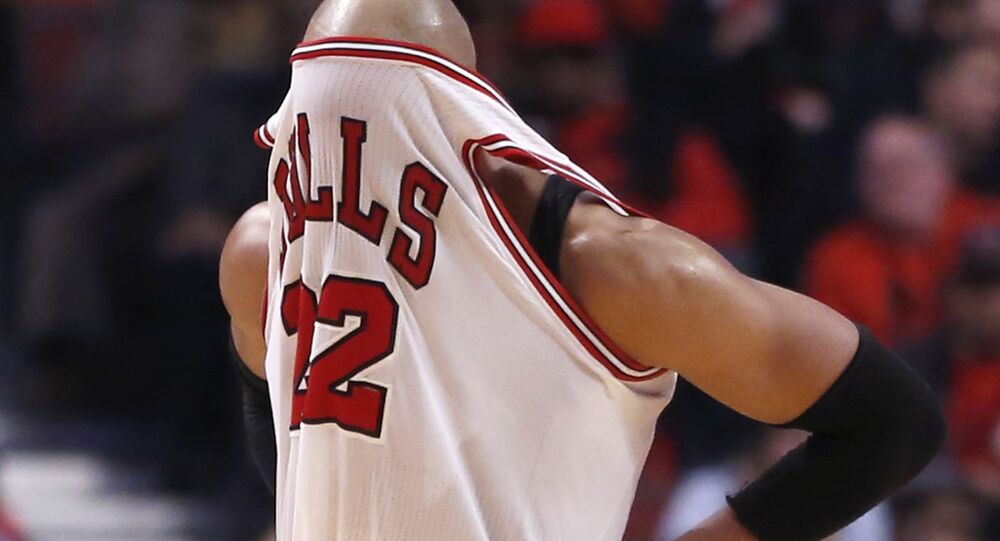 Daily Caller author David Hookstead shook up social media on Monday after revealing that custom “KillCops” and “F**kPolice” jerseys can be easily purchased on the NBA’s official website, while those with the “FreeHongKong” message were not available. It seems however, that this has now changed.

Basketball fans are able to buy customized “FreeHongKong” jerseys on the NBA store’s American website as of Tuesday, which was not possible the day before, Daily Caller journalist David Hookstead revealed, after publishing an audio of his phone conversation with a shop assistant.

According to the journo, his Monday attempt to order a customized jersey with the "Free Hong Kong" message was not successful. However, to the surprise of many of his followers, he was still able to purchase attire with a “KillCops” message.

This is the full audio of the NBA store telling me I can't buy a "FreeHongKong" jersey, but I can buy a "KillCops" jersey.

For anyone claiming this isn't legit, I can promise you that it very much is. The NBA doesn't want people to hear this! https://t.co/c8wmsDKRnW

According to Hookstead, this has changed, however, shortly after his call, making it impossible for customers to create “KillCops” or “F**kPolice” jerseys.

“Just a few hours ago, there was nothing stopping anyone from purchasing both. What is the NBA's excuse for why it was ever allowed?”, he wondered in a tweet.

Some of his followers, however, noted that it was still possible to add other variations of the phrasing to their customized shorts.

Later, the NBA also allowed its customers to create “FreeHongKong” jerseys, by saying in a statement sent to the journalist on behalf of the Fanatics operator of the NBA shop that “the phrase was inadvertently prohibited on all our league online store sites and has now been fixed”.

“Fans who wish to customize it, so long as the text meets the 12-character limit, are able to do so”, the statement reportedly added.

The journalist said that he was “shocked” by the fact that “the NBA reversed course”, adding in his Daily Caller article that he still did not believe that the phrase on Hong Kong was “inadvertently prohibited”.

UPDATE: The NBA is now letting fans create custom "FreeHongKong" jerseys after initially not allowing them to be made.

I'm actually shocked the NBA reversed course and is allowing fans to buy these. pic.twitter.com/UNfJbCkGMe

Protests in the Chinese autonomous city Hong Kong have remained a hot topic among the American public and politicians for months. In June, Beijing signed a security law criminalising acts of “secession, subversion, terrorism and foreign interference”, which was protested by some residents of Hong Kong and dubbed by the US as threatening to the city’s autonomy.