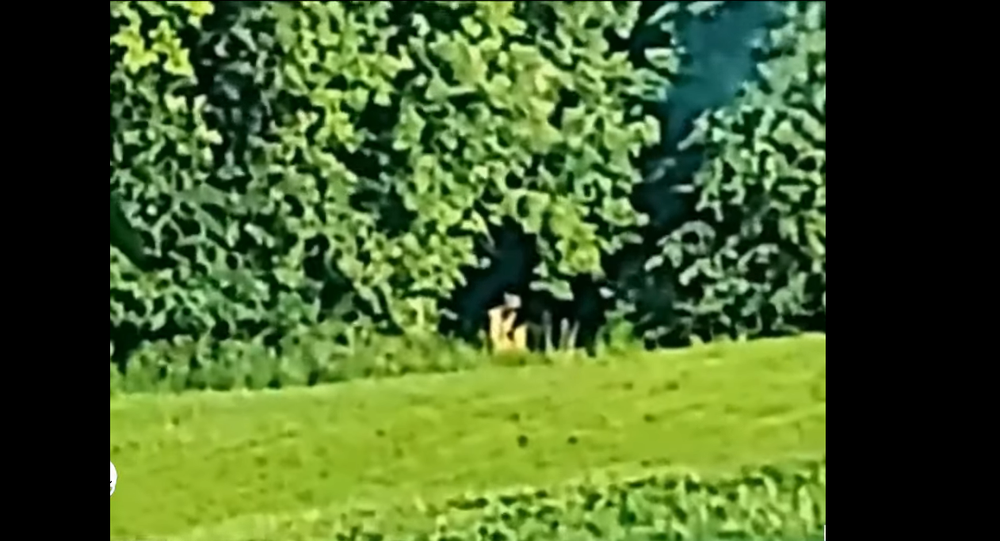 What Are You? Mysterious 'Yoda-Like' Creature Puzzles People in Minnesota - Video

Sometimes people see weird stuff, but they aren't close enough to get good photos, so the best they can do is some blurry images. Certainly this isn't definitive evidence of strange happenings, but it definitely creates a mysterious atmosphere!

A video, shot by Stephanie Gibbons from Minnesota shows a strange creature that looks nothing like a bear or a cougar, but something completely different. According to the woman, the creature looked directly at people for some time but was not scared or interested at all, as it was paying attention to a deer, walking nearby.

Unfortunately, the clip is just too blurry to say what is precisely depicted there, so it will probably share the fate of many other mysterious videos, as no one will believe it. But some people noted in comments below the clip that the creature looks like Yoda - and it is definitely not a bear, wild feline, or any other predator known to science.