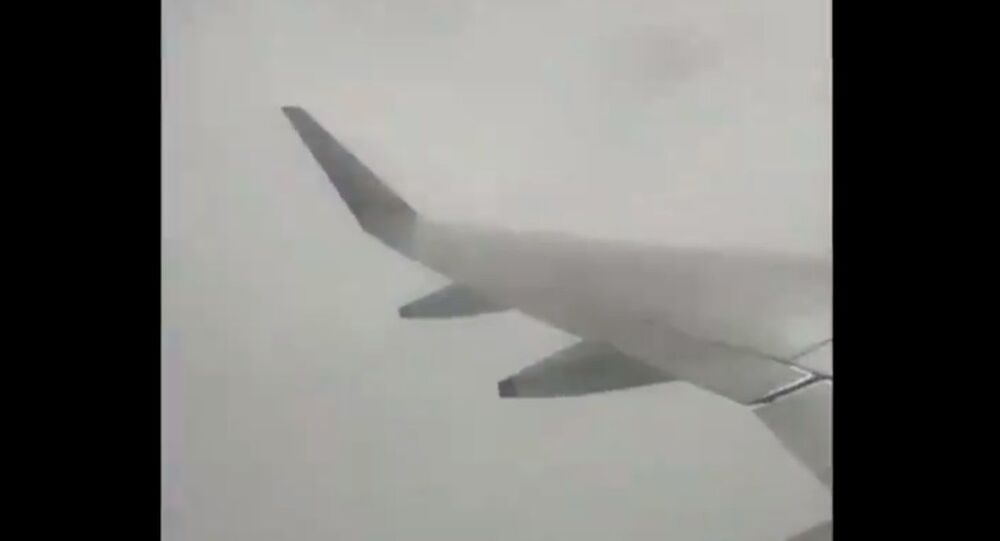 New Delhi (Sputnik): The visuals from inside an IndiGo flight shows the terrifying moments passengers suffered as the plane was rocked by a violent spell of turbulence. The footage from the flight depicts chairs shaking and water bottles wobbling as passengers continued to scream in fear.

A major incident was averted yesterday when a flight from Riyadh to Kashmir encountered major mid-air turbulence moments before touchdown at Srinagar International Airport in India.

Chaos erupted in the IndiGo flight for about ten minutes, when the plane started to shudder as it was hit by severe turbulence.

Videos from the flight show passengers reciting from the Holy Quran, praying, and crying while experiencing the violent tremors caused by turbulence. One of the plane's wings, captured in the video, can also be seen swaying.

​An airline spokesperson later confirmed that IndiGo flight 6E 9822 experienced turbulence shortly before touchdown and no injuries were reported.

Turbulence is the change in the air and is graded on a scale of severity: light, moderate, severe, and extreme. While extreme is rare but not dangerous, severe is generally caused by large and abrupt changes in altitude.

If You've Got It, Flaunt It: Diamond-Studded Face Masks Go Viral in India