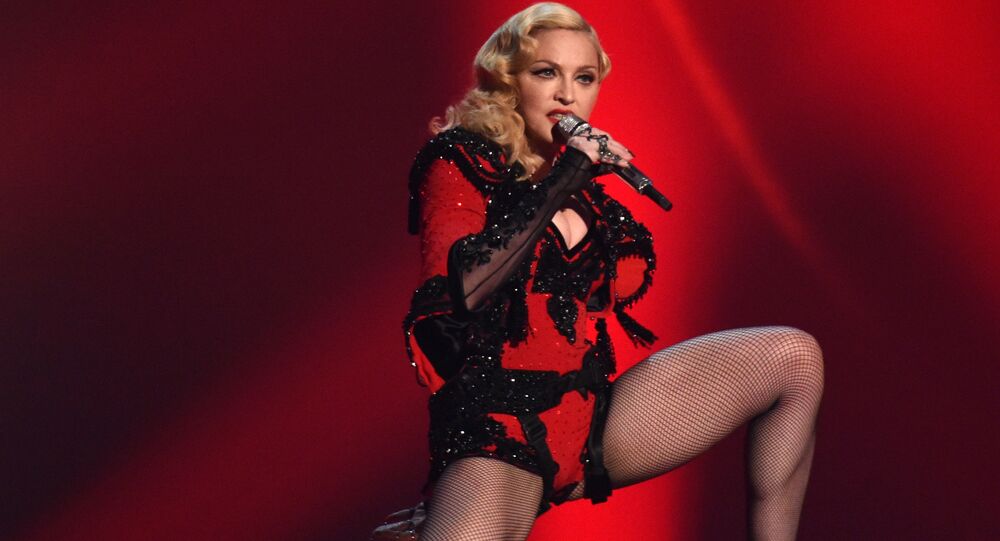 The famous singer appeared in the photo semi-nude and leaning on a crutch, which she referenced in the caption.

Legendary pop singer Madonna has recently treated her sizeable social media following to a rather risque sight as she posed partially naked for a photo.

The image that the Queen of Pop uploaded on her Instagram page features her clad only in a black hat and black panties, with strategically placed hands covering her bare breasts.

"Everyone needs a crutch", the 61-year old singer wrote in the caption, apparently referring to the crutch she can be seen leaning on in the photo.

Mere hours after the photo became available to the public, a number of social media users went on to compliment Madonna over it.

"Still a hottie", wrote one.

"Queen of Everything", added another.

At least one netizen, however, appeared critical of the singer.

"Photoshop. I heard she’s dead and this is just a clone. Not sure", they remarked.

As the Daily Star points out, Madonna has been frequently using a cane or knee supports since she fell on stage in March and ended up injuring her knee.

She was also seen in London while attending a Black Lives Matter protest, using a pair of crutches for support, the newspaper adds.