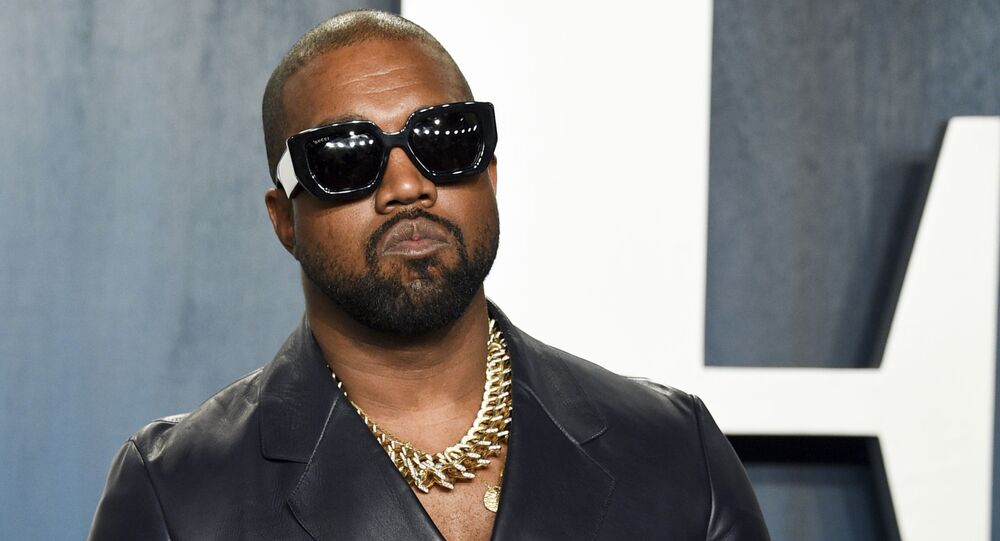 What Kanye West's America Would Look Like, in Memes and Jokes

Joke or not, Kanye West, American rapper and husband of Kim Kardashian, announced last week that he would be running for president of the United States. According to the musician’s fans and critics, if he is indeed serious about his bid and does manage to become the next POTUS, America could turn out to be a really interesting place to live.

Kim Kardashian In The White House

First of all, it is image of Kim Kardashian as a First Lady that immediately preoccupied everyone’s mind the second Kanye West shared the news that he was planning to land the top job. The Keeping Up With The Kardashians star made headlines back in 2007 after her old sex tape with then-boyfriend Ray J was released to the public and according to Twitter users, the story would make her an interesting FLOTUS.

Kim kardashian after she goes from being famous because of a sex tape to becoming the First Lady thanks to Kanye pic.twitter.com/5XHdGLWmgF

Some also rushed to speculate about a change of American anthem if and when West lands the job. Several suggested that it his “Jesus Walks” 2015 single could be a substitute to Jamie Salisbury’s and John Stafford Smith’s immortal song.  The West-Lil Pump “I Love It” musical collaboration and “Father Stretch My Hands” track were also seen as possible options.

Following West's announcement, Twitter users weighed in on the potential president's personal qualities, rushing to dig up all kinds of his political statements which could be controversial, including the one where he called American slavery a “choice”.

just something to remind u all of what has kanye said in the past soooooo #Kanye2020 pic.twitter.com/Uo1jdG4IK3

Neither were social media hawks impressed by the musician’s tender love for himself and an allegedly “narcissistic” nature, as some started reminiscing about how the Yeezy creator once said that he needed “a room full of mirrors” so he could be “surrounded by winners” and nailed other similar self-appraisals.  For many, these remarks are not the best recommendation for the POTUS position.

tbh i wouldnt trust anyone else to be the president of the united states #KanyeWest pic.twitter.com/EGlqbgg7Tc

Sure. We don’t want a sane, competent, decent human with experience getting shit done. We want another unstable narcissist!

Donald Trump ran for President because he wanted to sell books and he is a Bat-Shit-Crazy Narcissistic Megalomaniac.

Just when you thought the world couldn’t get any more messed up, the deluded narcissistic egomaniac and apparent “artist” Kanye West announces he is running for president in the 2020 US election...stop the bus I need to get of..NOW! pic.twitter.com/bIgvuiZ922

For others, however, the future was bright. West’s starring friendship with extravagant entrepreneur Elon Musk, who immediately supported the record producer in his presidential bid, served as confirmation to many over American society’s transformational ability should West land the top job. Some even suggested that Elon Musk could be the vice president next to President West.

The US congress once kanye gets elected: #kanye2020 pic.twitter.com/IuN9yVVPtF

What if @elonmusk became Vice President when @kanyewest becomes president of 2020? pic.twitter.com/Jj4E59W68S

West’s presidential bid is still far from certain though. It looks like the rapper has not yet registered with the US Federal Election Commission and is running out of time to collect the tens of thousands of signatures across the nation needed to confirm his candidacy. There are some other options for Kanye to appear on the ballot, experts note, including a so-called “write-in candidate” alternative. However, following his cryptic “presidential” announcement on 5 July, the Jesus is King author has since remained silent on the issue.

Me when I Realize that Kanye West is actually running for president and it’s not a meme. #Ineedfllowers #LoveItOrHateIt pic.twitter.com/a4Lc9Cr0Y1