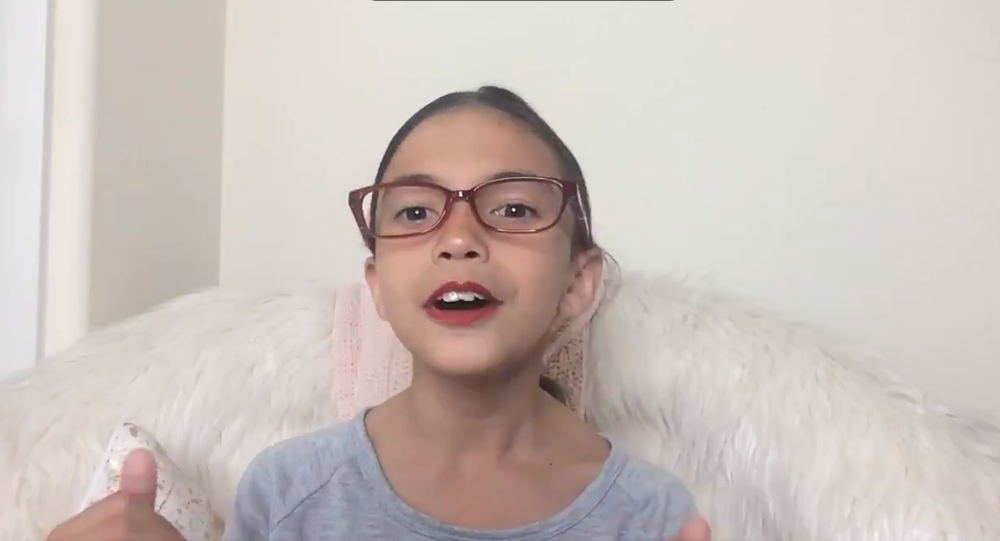 A tweet from a young AOС impersonator followed American hip-hop star Kanye West's announcement earlier in the week that he was entering the race for the US presidency, gaining a quick endorsement from SpaceX and Tesla CEO Elon Musk.

A young girl named Ava Martinez, who is impersonating Alexandria Ocasio-Cortez and is thus known as 'Mini AOC', joked on her Twitter account that she thought "Kanye West is where Barack Obama was born".

She apparently referred to the conspiracy theory supported by US President Donald Trump who claimed that former US President Barack Obama was born in Kenya.

The 44th US president was in fact born in Honolulu, Hawaii, which Trump admitted in 2016. Some users like to mention the conspiracy regarding his motherland and citizenship, both as an ironic joke or as a straight line.

I thought Kanye West is where Barack Obama was born.

​They joked back, after quickly deciphering the reference.

Kenya West is a rough neighborhood.

Mini, you are "simply the best"

Yes! West Kenya that's what I thought, too!

😂😂 I’m glad when I scrolled up on this, I wasn’t taking a drink of something - this time!🤣🤣

You are so hilarious. LMAO

​Some pushed the joke further.

No, he's from that other third-world country known as Chicago.

​Some did not enjoy the joke, seeing it as hate.

You are not one, but two silly little lady!

​On 4 July, Kanye West tweeted his announcement that he would be running for president of the United States.