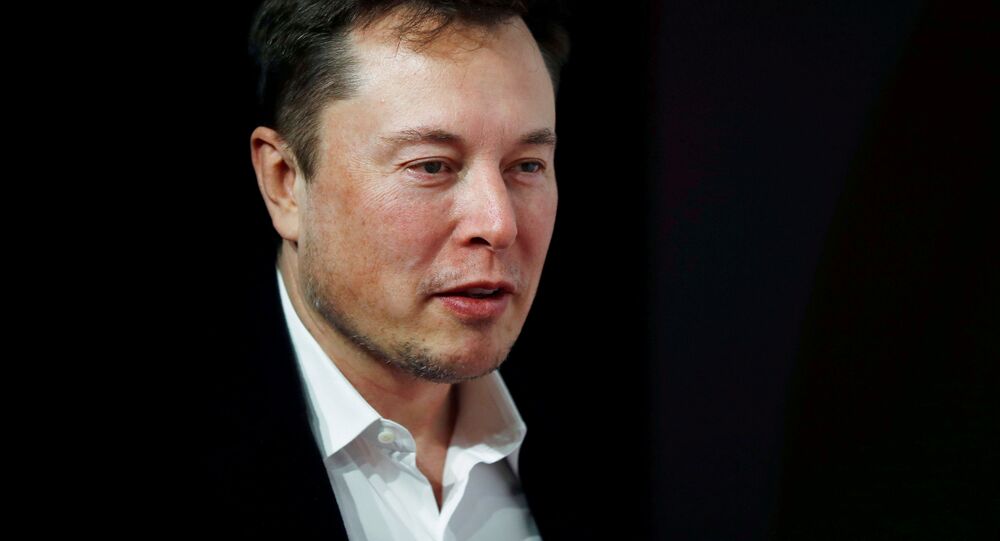 UK socialite Ghislaine Maxwell was arrested earlier this week for soliciting the abuse of minor girls by her former boyfriend Jeffrey Epstein, who died in custody last year from an apparent suicide.

Tesla and Space X founder, Elon Musk, has pushed back against a picture that recently emerged on social media where he is seen at a Vanity Fair party in 2014 in the company of Ghislaine Maxwell, the ex-girlfriend of convicted paedophile Jeffrey Epstein.

The entrepreneur tweeted that he was not acquainted with Maxwell and was not aware she was in the shot. He raised the question of why she had been invited to the Vanity Fair event in the first place.

​In a separate tweet, Musk put forward an assumption that someone must be profiting from circulating the "photobomb pic" on media platforms.

​Photos of public figures accompanied by Epstein's "madam" have recently stirred social media after Eric Trump shared - and then deleted - pictures from Chelsea Clinton's wedding where Maxwell was present. This prompted netizens to flood the feed with photos of the Trump family and Maxwell together.

Another picture that set Twitter ablaze featured Kevin Spacey and Epstein's mistress together sitting on a throne at Buckhingam Palace.

Maxwell was arrested in Bradford, New Hampshire on Thursday morning facing charges for allegedly procuring underage girls for billionaire paedophile Epstein between 1994 and 1997. She also stands accused of perpetrating sexual abuse herself.

Maxwell could face a life sentence if found guilty. The charges against her come nearly a year after Epstein allegedly committed suicide in custody while awaiting trial.