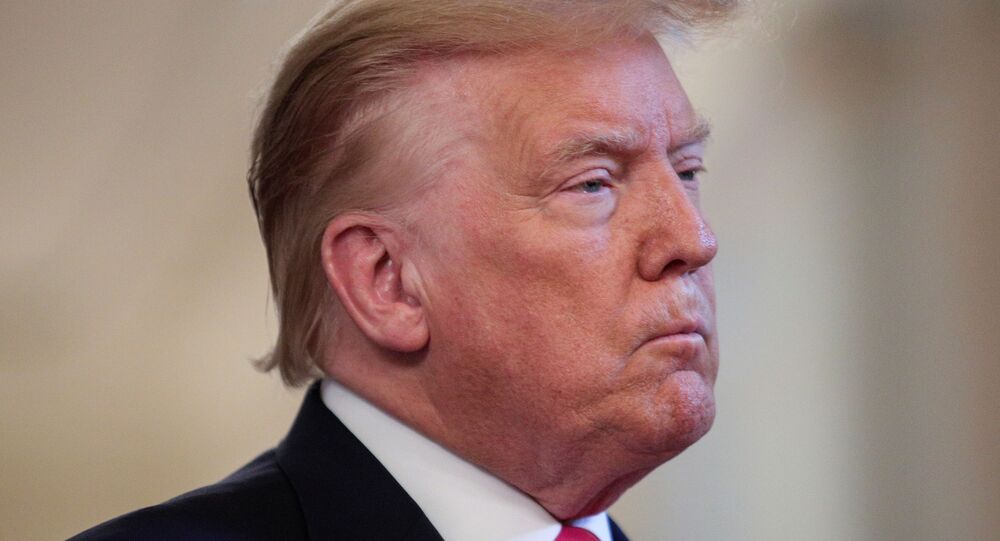 Trump Denounced as 'America's No.1 Traitor' as #BenedictDonald Trends Worldwide

In a new online frenzy inspired by a video advert from VoteVets, netizens have equated US President Donald Trump to Benedict Arnold - a controversial 18th century US general, whose name has long been associated with treason, as he defected from the Continental Army to the British side during America's War of Independence.

One the eve of Independence Day, US President Donald Trump has been labelled "America's No.1 Traitor" in an video advertisement made by political action committee VoteVets.org, as Twitterati merged the president's name with that of notorious Revolutionary War traitor Benedict Arnold, creating the hashtag #BenedictDonald, that quickly went viral.

The ad, starting with the story of Arnold, who is slammed for "selling out our troops during our fight for freedom", says that "no one has betrayed those in uniform like Donald Trump".

Trump is accused of "consorting" with a foreign enemy that "puts bounties on the head of US troops", in yet another reference to groundless allegations sparked by media reports that Russia offered reward money to members of the Taliban for the killing of US soldiers.

The video ends with the statement: "Benedict Arnold can step aside" and introduces "Benedict Donald" as Donald Trump, "America's No.1 Traitor".

This July 4th, there is a new name synonymous with traitor. Move over Benedict Arnold. Meet...#BenedictDonald #TRE45ON pic.twitter.com/zH0TgMf0Rb

​Social media users caused waves on Twitter, hyping up the newly-invented hashtag and lashing out at Trump.

#BenedictDonald. may be the best hashtag for him yet. certainly the most accurate.

You guys, I don’t think Trump is going to get a spot on Mount Rushmore anytime soon

​Some rolled out additional nicknames for Trump.

Root meaning “good words.” I favor another Nickname for him Maledict Donald.

​Others did not find the comparison with Arnold fair, claiming that Trump's "treason" is actually much worse.

Unfair comparison. Benedict Arnold was a war hero and had a bipolar disorder which caused him to feel his military betrayed him and then turned traitor. He didn't start out self enriching and owned and installed by a foreign adversary. Benedict Arnold is no Donald Trump

I'm a descendant from Benedict Arnold. He was a patriot compared to Trump.

Let's not forget all the veterans in the VA hospitals that trump used as guinea pigs saying they wouldn't mind sacrificing a little bit more to try his drug he was pushing.

​However, there were even people who waded in against the ad, disagreeing with the message.

SHAMELESS YOU ~~>@votevets NOT ONE VET IN MY FAMILY AGREES WITH THIS>>>FROM THE KOREAN WAR TO IRAQ AND GRADUATES OF WEST POINT.

​Several noted a recent Russian-language ad made by another political action committee, The Lincoln Project, that similarly accuses Trump of cooperation with Russia, labelling him "comrade".