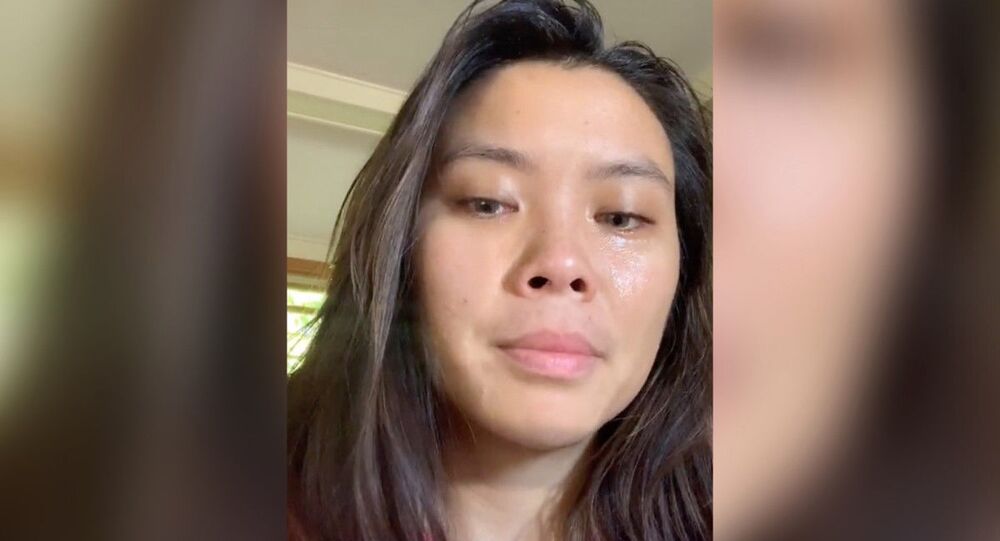 The kerfuffle began on Tuesday after a Harvard University graduate appeared in a viral video comparing a paper cut to a knife wound as the same as saying “all lives matter” in response to “Black Lives Matter”. The activist threatened in the now-deleted video to “stab” anyone with “the nerve, the sheer entitled caucasity, to say ‘all lives matter’”.

Claira Janover, who graduated from Harvard University in May with a degree in government and psychology, said on Wednesday in a new TikTok video that she was fired from her job at Deloitte Touche Tohmatsu Limited, a multinational accounting organization, in the wake of her viral video on an “all lives mater” analogy.

On a Tuesday TikTok video, now deleted, Janover compared the catchphrases “all lives matter” and “Black Lives Matter” to comparing a paper cut to a knife wound, threatening to “stab” anybody who says to her “all lives matter”.

“The next person who has the sheer nerve, the sheer entitled caucasity to say 'All Lives Matter', imma stab you. Imma stab you and while you're struggling and bleeding out, imma show you my paper cut and say 'my cut matters too',” Janover is heard saying in the first video.

You guys are really letting in the best and brightest these days: pic.twitter.com/hZZJIXoOfU #ClairaJanover

Later in the day, Janover deleted the initial video due to “insane” reactions and said in a follow-up video that she might now be monitored by the US Department of Homeland Security over her viral video statement.

“Story time for why the Department of Homeland [Security] might be monitoring my name right now,” she said.

She added that she was surprised by the backlash against her video, with some sending her “death, rape, expulsion, and firing threats”. The activist said the video was “clearly” an “analogous joke”, and noted that she had captioned the video with the text: “For legal reasons this is a joke”.

“And people are like reporting me for domestic terrorism, tagging the FBI, Harvard, Cambridge police,” Janover said, adding, “if I get an email from the Department of Homeland Security or I get kicked out of Harvard or I get arrested or whatever — or I get murdered, according to the many death threats that I’m receiving right now — know that I appreciate you guys standing up for me”.

Later on Wednesday, the activist showed up in another video with her eyes full of tears, claiming to have been fired from her Deloitte job, which she had “worked really very hard to get”.

She claimed that thousands of people, in particular purported fans of US President Donald Trump, had on social media called for her to be fired.

“I still not going to stop talking about and defending Black Lives Matter,” Janover said. “You can’t take away my spirit and my devotion. It human rights”.

In a follow up video, she accused Deloitte of acting cowardly to fire a person who, in her estimation, was simply trying to bring change to the world.

“I’m sorry, Deloitte, that you can’t see that,” she said. “That you were cowardice [sic] enough to fight somebody who’s going to make an indelible change in the world and is going to have an impact.”

The catchphrase “Black Lives Matter” gained increasing attention over the past weeks in the wake of the killing of African-American George Floyd by white police officers in Minneapolis, Minnesota, in late-May. Since that time, BLM anti-police-brutality and anti-racism demonstrations across all 50 of the United States and in most urban areas of the nation, as well as in many large urban centers around the globe have taken place.

About 500 People Taking Part in Peaceful BLM Demonstration in Berlin