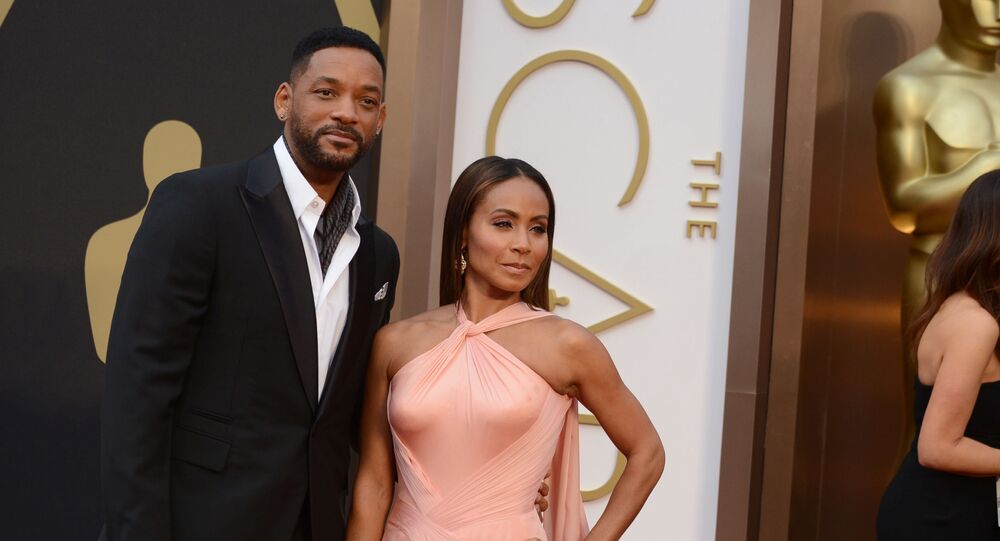 The 23-year-long marriage of Hollywood darlings Will Smith and Jada Pinkett Smith always seemed like the perfect love story. However, an array of reports that the two might be engaged in an open relationship recently caused a stir on social media. Especially as it now looks as if there might be some basis for the speculation.

American singer August Alsina shared some shocking insights into his relationship with Jada Pinkett Smith, the wife of Will Smith, during an interview with “The Breakfast Club” host Angela Yee. According to Alsina, the two shared much more than a simple friendship, and their affair was allegedly greenlighted by Will Smith himself.

“I actually sat down with Will [Smith] and had a conversation due to the transformation from their marriage to life partnership that they’ve spoken on several times. And it, you know, not involving romanticism, he gave me his blessing”, the 27-year-old singer said during the interview.

“I totally gave myself to that relationship for years of my life, and I truly and really, really deeply loved and have a ton of love for her. I devoted myself to it, I gave my full self to it — so much so to the point that I can die right now and be okay with knowing that I truly gave myself to somebody”, Alsina shared.

August Alsina speaks on rumored relationship with Jada Pinkett Smith. He says Will Smith “gave him his blessing“👀😳 pic.twitter.com/GLZCNHjFQx

​Alsina and Pinkett, 48, reportedly met back in 2015 through the actress’s son Jaden. According to the musician, he was very much involved with Smith’s family, occasionally going on vacation with them and attending ceremonies together.

© AP Photo / Dan Steinberg
August Alsina, winner of the viewers choice award for “I Luv This” featuring Trinidad Jame$ and the award for best new artist, poses in the press room at the BET Awards at the Nokia Theatre on Sunday, June 29, 2014, in Los Angeles

In 2018, Alsina already prompted speculation about his more-than-friendly relationship with Will Smith’s wife by referring to her on his Instagram as “an example of Gods divinity”. His 2019 song “Nunya” also covertly hinted at an affair between the two.

“And I really loved a person, I experienced that and I know what that feels like — and some people never get that in this lifetime”, the singer told Yee. “So I know that I am completely blessed and this conversation is difficult because it is so much, that it would be hard for people to understand but — once it starts to affect me and my livelihood — I have to speak up about my truth”.

It was not clear from Alsina’s words when the alleged affair started or ended, but the singer argued that he never wanted to “cause confusion” for the Smith family, as he really admired them.

Page Six rushed to contact Jada Pinkett Smith’s representative to confirm the reports, who responded that the claims made by Alsina were “absolutely not true”.

Social media users did not stay silent on the matter. Many addressed the news by digging out an array of past photos featuring Alsina and Pinkett together, while also mocking the actress’s old comment that she was “helping” the musician “on his spiritual journey”. An array of Will Smith-related memes are currently doing the rounds on Twitter.

Jada Pinkett said she was helping August Alsina on his spiritual journey, meanwhile the whole time they were in a relationship. WOW pic.twitter.com/fS40QLnzCB

Will Smith gave August Alsina his blessing to knock Jada Pinkett’s walls down on the red table. Hollywood is a wild place. pic.twitter.com/nnnhI0c8qp

Will & Jada watching August Alsina talk about them, as they sit together hugged up, with their new partners on each side of them laughing as well: pic.twitter.com/5LsxRopvSD

Wait. So August Alsina had a sexual relationship with Jada and then caught feelings? Will Smith and Jada are in an open marriage? 2020, please slow down man. pic.twitter.com/n0u0kH8E5C

Wait !!!!!! so August alsina just said will smith and jada said their marriage was no longer a physical intimacy but a life partner instead. so Will Smith gave August Alsina the greenlight to smash Jada & they had that relationship for years ???? 2020 just keeps getting wilder pic.twitter.com/JWilh2ZtgK

Will Smith when jada decides to have sex with august alsina that night pic.twitter.com/2vZnCXzIwv

So August Alsina and Jada Pinkett Smith had a relationship and Will Smith gave August his blessing!?!? Will & Jada & August!?!

Will Smith telling August how to sound like Tupac in order to impress Jada on the first date pic.twitter.com/n1y5KI7kdl