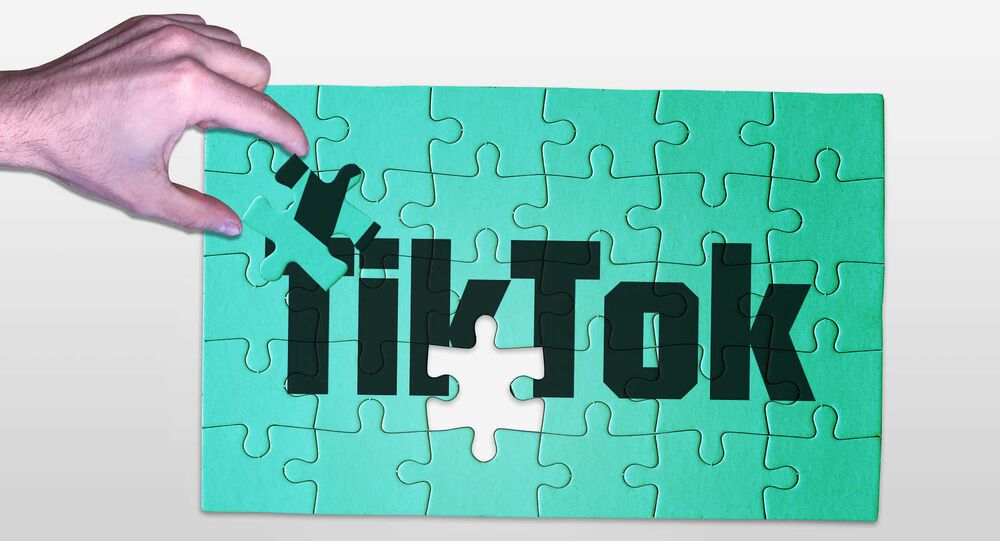 New Delhi (Sputnik): Despite TikTok's millions of subscribers and broad popularity in India, the video-making app landed in hot water over the suicide of several users and clips allegedly promoting sexual violence. The resentment flared up with the death of 20 Indian soldiers in clashes with Chinese troops.

A recent Indian government order announcing a ban on 59 Chinese apps, including TikTok, has led to a storm of reactions from both users and non-users in the country, who flooded Twitter with their responses to the decision.

Twitter has exploded with memes and jokes poking fun at TikTok's fan base. However, the subscribers largely remained silent over the issue, with some showing support for the decision due to the growing anti-China sentiment in the country following a violent stand-off in Ladakh earlier this month which left 20 Indian soldiers dead.

This is the worst aap i have seen , People's were making senseless videos and posting that on WhatsApp ,Twitter Everywhere Finally Got rid of this #RIPTiktok pic.twitter.com/TVuURlfRbj

The decision by the Indian government came on 29 June amid growing calls to suspend Chinese apps and goods in the country in retaliation for the ongoing border stand-off in Ladakh sector. 20 Indian soldiers were killed in brutal hand-to-hand combat as the two sides accused each other of encroaching upon the territory at the 4,057 km loosely demarcated Line of Actual Control (LAC).

While #RIPTikTok, TikTokbanned is trending in India, the TikTok stars vented anger against others making fun of the situation. In one video, a girl stated that such a decision could lead to unemployment in India as for many young and aspiring people it was a source of income.

Meanwhile, in the first response by TikTok India, it stated that the company continues to comply with all data privacy and security requirements under Indian law while promising to continue doing so if requested.

“The Government of India has issued an interim order for the blocking of 59 apps, including TikTok, and we are in the process of complying with it. We have been invited to meet with concerned government stakeholders for an opportunity to respond and submit clarifications,” said Nikhil Gandhi, Head of TikTok India.

“If we are requested to in the future we would not do so.  We place the highest importance on user privacy and integrity," Gandhi added.

Some 200 mln people in India use TikTok, according to the Chinese video-sharing social network's data for 2019. According to the service, this number was expected to be up by 50% by the end of 2020.