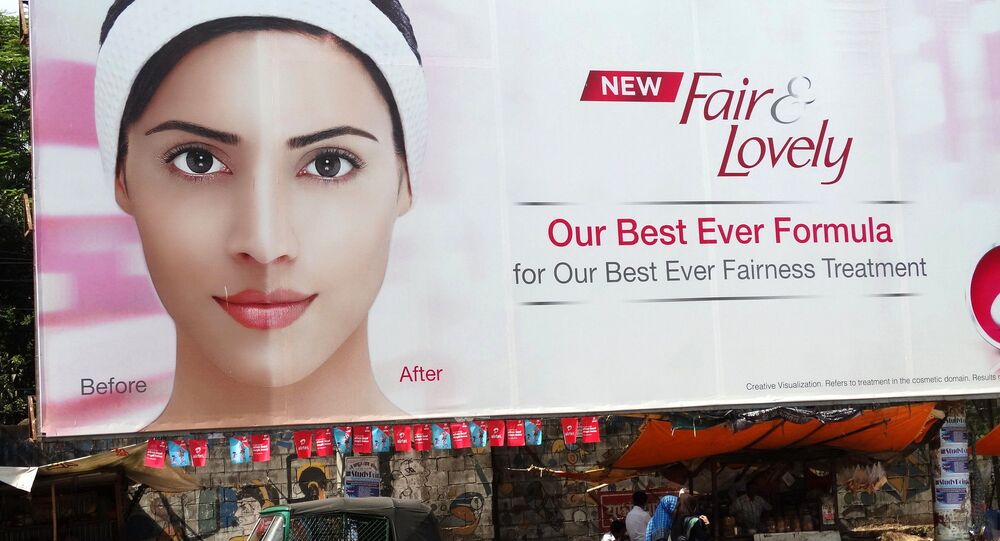 The decision follows other companies removing or redesigning their products following global protests against racial discrimination, sparked by the death of an African American man in the United States.

A British-Dutch company Unilever has caused a stir on social media after announcing that it will remove the words "white", "whitening", "light", "lightening" as well as "fair" and "fairness" from its products’ packaging and communication. The company also announced that it will be changing the name of its Fair & Lovely skin-lightening cosmetic products in the next few months. The cream, which is mostly sold in Asia, has been criticised for promoting negative stereotypes about dark skin, while the company itself has been accused of racial discrimination.

"We are fully committed to having a global portfolio of skin care brands that is inclusive and cares for all skin tones, celebrating greater diversity of beauty. We recognise that the use of the words ‘fair’, ‘white’, and ‘light’ suggest a singular ideal of beauty that we don’t think is right, and we want to address this. As we're evolving the way that we communicate the skin benefits of our products that deliver radiant and even tone skin, it's also important to change the language we use", Sunny Jain president of the Beauty & Personal Care and part of the Unilever Leadership Executive said in a statement announcing the change in the company’s policy.

The move has drawn livid comments on social media, with some sarcastically noting that the fight against racism risks turning into a joke and warned that even harmless products risk getting shelved.

Another company ticking the box.
Just waiting for vanilla ice cream to come off the shelves next🙄🙄

​Others noted that the skin-lightening product would not have existed if there had been no demand from customers.

why did they make it ? Because people would buy it, that's the problem with people

if people don’t want to use their products, they can always just buy something else... how absurd.

You’re not getting rid of the bleaching products, you’re just changing their names, because you’d still like to capitalize on the underlying colorism, but you don’t want to look so vile. You don’t get a cookie for that.

The problem isn’t the name of the product. It’s the fact that skin whitening products exist. The idea that having “white” skin is the highest of beauty standards is saying that all other skin tones are lesser.

​Still others called on the company to apologise and discontinue the product.

This tube has ruined self esteem of girls for decades. It gave grooms and their parents a right to advertise want very fair, very very fair and beautiful, only very fair girls! Decades of damage and all you can think of is a name change. How about an apology to go with this

Following Unilever’s move, L’Oreal, which is the world’s biggest cosmetics company, announced that it would also remove the words "white", "fair", and "light" from its skin-evening products.​

Skin-lightening products are hugely popular in South Asia. However, the promotion of these products, in particular Unilever’s Fair & Lovely cream has been criticised. The company’s ads show how women that use the cream achieve success at work and in relationships.

The company’s decision follows moves by other companies to remove or redesign their products following a global campaign against racial discrimination, which was sparked by the death of an unarmed African American man in the United States at the hands of a white police officer.

The incident caused outrage in the United States and resulted in the biggest protests against racial discrimination since the 1960s. Demonstrations then swept up other parts of the world, with thousands of people protesting in Europe, Latin America, and the Middle East.

Earlier this month Johnson & Johnson said it would stop selling its skin-lightening creams in the Middle East and in Asia, while Pepsi announced it would change the name and the image of its Aunt Jemima pancake mix, which features a black woman.