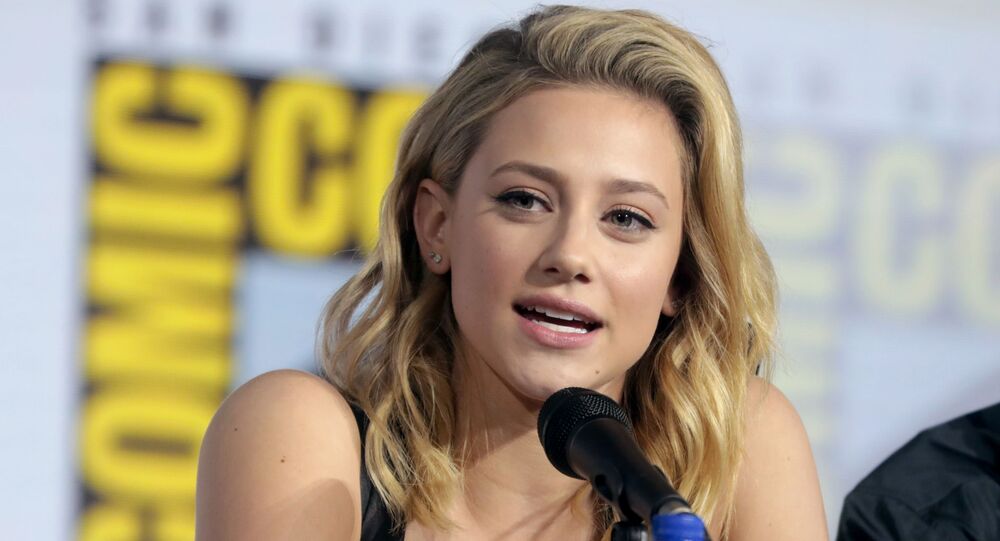 A number of sexual assault allegations have been raised on Twitter during the weekend against the cast of the tv show “Riverdale”. The actors rushed to strongly deny the claims, while pledging legal action against the anonymous accounts that published the accusations.

Riverdale actress Lili Reinhart dismissed sexual assault claims that emerged on Twitter on Sunday, suggesting that she once harassed a fan during a photo shot. The person self-identified as Tasha claimed in a post that the actress “put her arm around” her waist while they were taking a picture “but then she kept going lower and lower”.

The account has now been deactivated but according to the screenshots of the person’s tweets, saved by some Twitter users, the same account later claimed that the allegations were fabricated in order to prove how easy it was to anonymously accuse someone on Twitter.

“Do you see how easy it is to lie and you guys will believe it?”, Tasha’s message reads.

Other Riverdale stars, such as Cole Sprouse, Vanessa Morgan and Kj Apa have also been accused of sexual misconduct by anonymous Twitter accounts.

She was raped and abused by Vanessa Morgan, Lili Reinhart and KJ Apa, all of them part of the Riverdale Cast, minutes later, she said that it was a joke and she was just messing to prove Cole’s innocence. The IP address of the tweets (+) pic.twitter.com/2khcnRKkes

​“I have always taken sexual assault allegations seriously. But it was proven that this account was created specifically to create false stories about me and my cast. I can’t think of something more twisted than lying about sexual assault”, 23-year-old Reinhart argued on Twitter after sharing Sprouse’s post, who pledged to investigate “false” sexual assault claims against him and his Riverdale co-stars.

“It invalidates the men and women who are brave enough to come forward with the truth. This kind of lie can ruin lives and careers- and I can call it a lie because the person who made the allegations already admitted that the stories were fabricated”, the actress added.

Reinhart suggested that this kind of behavior was “sick” and prompted to take “legal actions”.

I hope and pray that this does not discourage real survivors from speaking out about their experiences.

Many of social media users supported the actress's fury over the situation.

i was so bad when i read those things, and when the person said it was a joke, i felt like crap, because i already went through it and now i'm completely sad that someone is playing with this situation

Sickening how they would try to spread lies like that. Especially since it could cause those who have experienced sexual assault to not be taken seriously. The people running those accounts should be ashamed

US-based singers and actors have seen a number of allegations of sexual misconduct over the weekend. A person self-identified as Daniella earlier claimed that she was raped by Canadian singer Justin Bieber back in 2014, while “Baby Driver” star Ansel Elgort was accused of sexually assaulting a woman called Gabby the same year. Both celebrities dismissed the claims. Bieber called the allegations against him “factually impossible”, while Elgort argued that his accuser misrepresented the story of their relationship to the public.