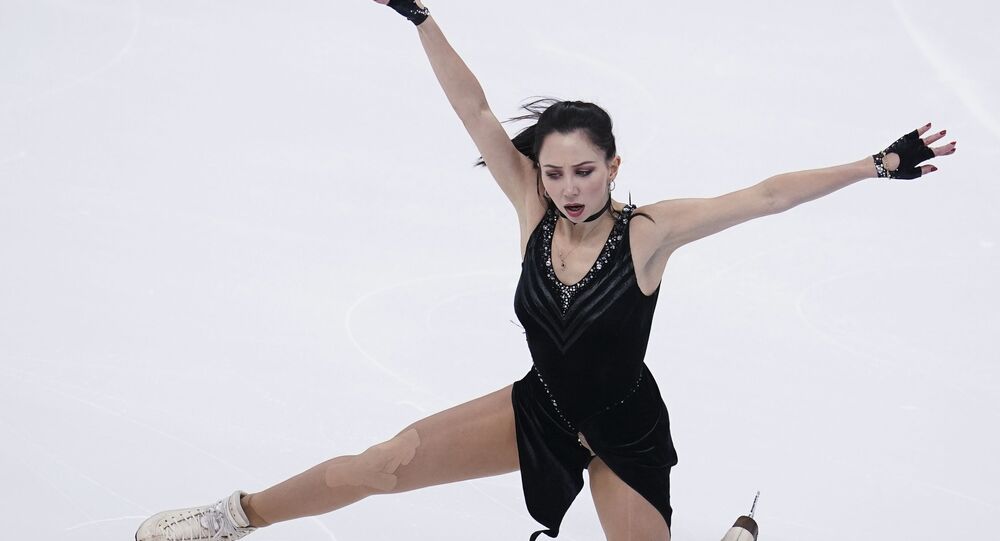 Award-winning Russian figure skater Elizaveta Tuktamysheva has never been too ashamed to show off her curves, pioneering the so-called “undressing” trend in the sport with her bold performances. Recently, the skater said that she would not mind taking part in a revealing photoshoot.

Elizaveta Tuktamysheva got the thumbs down from some social media users after posting several photos and a video of her dancing in a black-and-orange bikini. The 2015 World and European Champion shared the revealing clip on her Instagram, but was quickly body-shamed by several users who noted that the figure skater had put on some “extra kilos”.

“Your waist is wide”, one user wrote.

“You’re an athlete, but your figure isn’t very [good], there is no waist at all. How do you [attract people], natural sexuality?”, one of the users commented her post.

Если это компенсация за пропущенную весну, то я согласна🌿 ⠀ If this is compensation for the missed spring, then I agree. 🌿

But many of Tuktamysheva’s fans disagreed, noting that her body was “perfect” and praised the skater’s self-esteem.

“For those worried about the waist - calm down, figure skating is not so easy to do. The skaters have more muscle than you think”, one user replied to critics.

“The girl with no complexes, well done!”, another one argued.

“Do not listen to anybody, you are beautiful”, someone added.

Tuktamysheva made headlines several years ago after stripping down to her lingerie during the Skate Canada Grand Prix performance. She is still known for occasionally teasing her fans with some juicy posts. Recently, the skater said that she would willingly do a revealing photo shoot, while praising men's magazine MAXIM.