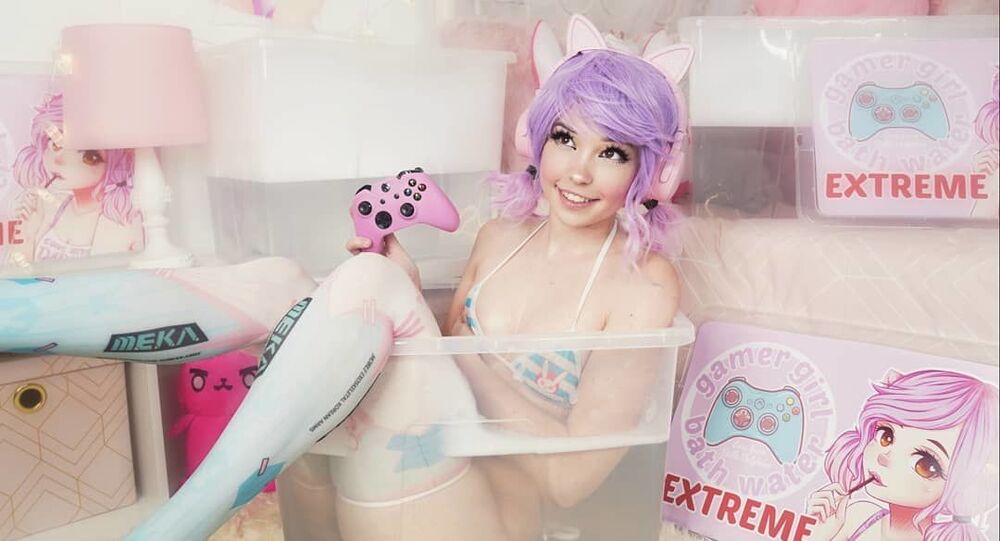 The South Africa-born viral personality, whose real name is Mary-Belle Kirschner, disappeared from the Internet after she claimed she had been arrested by the police for spray painting the car of a girl who stole her hamster.

Her best friend is an octopus (and judging by the video, not a live one), she sold her bath water for "sentimental purposes" at $30 a bottle, and now she is back. Instagram star Belle Delphine has posted a raunchy video where she raps and appears in various revealing outfits, occasionally showcasing her derriere covered in paint.

The song starts with "you were thinking I died? B**ch, surprise, I still got them double thick thighs, French fries" before Belle Delphine warns that boomers will die sooner than doomers (people who believe that global problems, such as pollution and climate change, will result in the demise of humanity).

The video has been viewed more than 2.5 million times and received 185,000 likes. Reactions among social media users have been mixed.

"Our queen is back", wrote another.

It received twice that amount and the young woman delivered on her promise, but the content didn’t live up to the expectations of her fans and followers. A video titled "Belle Delphine strokes two BIG cocks" featured her playing with stuffed roosters.