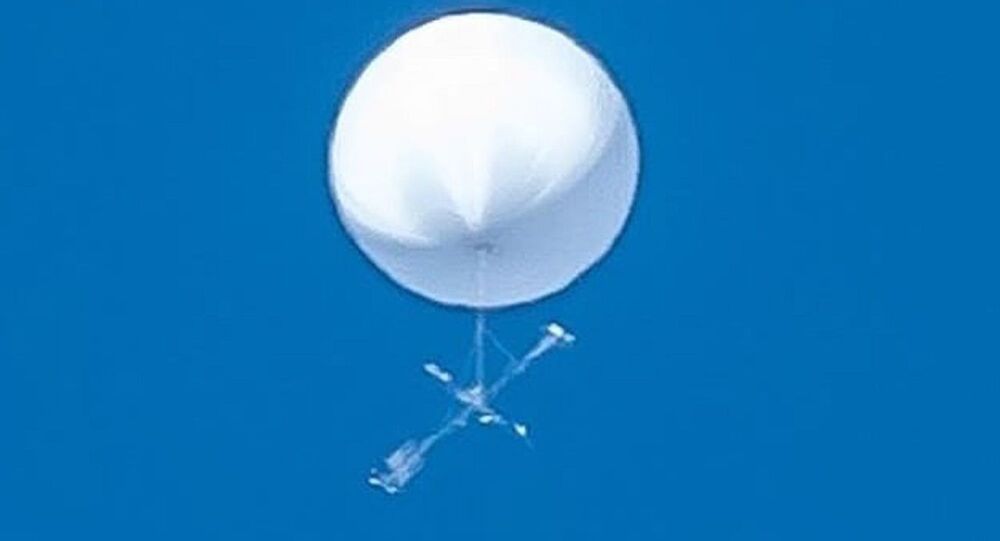 A mysterious white balloon-like unidentified flying object was spotted in the skies of Japan’s northeastern city of Sendai in the Miyagi Prefecture on Wednesday, prompting some locals to report the mysterious incident to local authorities, according to Kyodo News.

The object, which revealed a cross-like item hanging beneath, sparked speculation on social media, with some Netizens suggesting that the UFO was a science experiment, while others assumed it was a weather balloon.

A representative of the Japan Meteorological Agency's Sendai office in the Miyagi Prefecture told the outlet that the object was not flown by the agency.

“We checked with the Sendai municipal government and the Self-Defense Forces, but they have no idea either,” the official from the meteorological office said, cited by Kyodo News.

WATCH: A balloon-like object in the sky over northern Japan sparks debate on social media pic.twitter.com/xV8xTz8iwe

The agency said that they had received reports about the flying object at around 7 a.m. local time. The official said that agency suspected that the cross hanging beneath the object could be observational equipment.

A balloon-like white object in the sky is pictured in Sendai, Japan. #UFO pic.twitter.com/eVxLnTdA2A

The police department of the Miyagi Prefecture flew a helicopter to review the UFO, which was flying at an altitude of about 2,000 metres, in a bid to know its origin, identity and destination.

“We just have to keep our eyes on where it’s going,” an official of the police department told Kyodo News.

The helicopter reportedly did not manage to track the UFO, as it was blocked by clouds.

Police lost the exact location of the object in the evening after clouds blocked them from tracking it.