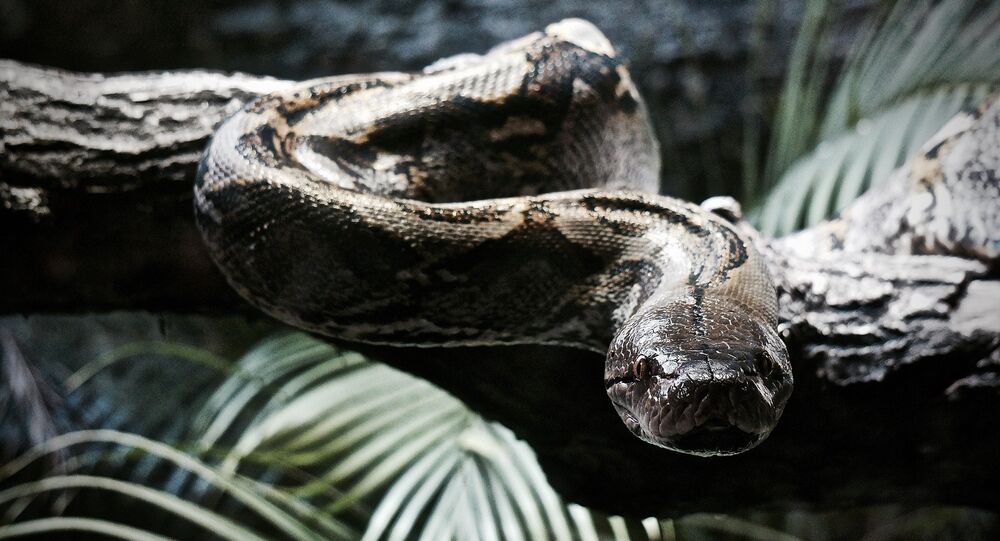 Sometimes, one species of wild beasts can dominate a whole area, multiplying in numbers and creating a danger for everyone else. Luckily, there are those that enjoy doing battle with dangerous predators, and who other than a man from Florida could put on such a show?

A snake catcher from Everglades, Florida Mike Kimmel, also known as the Python Cowboy, has filmed an epic and bloody fight with a giant reptile, showing how the python almost managed to kill him. The giant snake, which was almost 5-metres long (over 16 feet) and was basically 70 kilos (150 lbs.) of pure muscle, tried to drag him into the swap, and even bit the man in the arm, piercing his artery.

Kimmel, however, managed to stop the bleeding and dragged the snake to his boat to euthanise it.