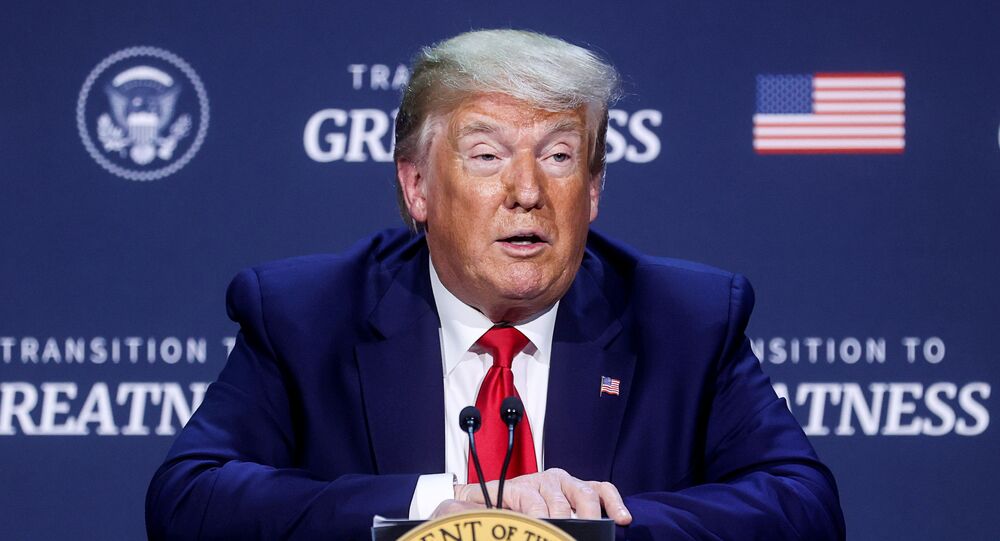 Twitter users were quick to point out US President Donald Trump’s flawed logic after he claimed during a roundtable discussion Monday that if the US stopped testing for COVID-19, there would be “very few cases, if any.”

Although the Monday commentary was not the first time Trump made such remarks regarding COVID-19 testing, it was his most recent reiteration of the notion. The questionable stance came moments after Trump held a roundtable discussion on America’s senior citizens.

“If we stop testing right now, we’d have very few cases, if any,” Trump is reported as saying by White House reporters present at the cabinet meeting.

Some users highlighted the ridiculousness of the president’s claim by drawing parallel statements.

​​“If we stopped investigating murders, there would be very few cases of murder in the United States,” one user pointed out.

“If women don't get pregnancy tests than [sic] they won't be pregnant,” another user noted.

“Okay, so the cure for cancer = stop testing,” a user wrote along with an eyeroll emoji.

Despite the fact that the US has the highest number of confirmed COVID-19 cases in the world, Trump has continued to praise the country’s response to the pandemic.

In early May, Trump called his administration’s response to the US outbreak “maybe [its] best work.”

“You know, I’ve built the greatest economy, and then it was turned off for good reason. We saved millions of lives by doing it. I think people are going to remember that,” he added at the time, Politico reported.

Not only were the first round of COVID-19 testing kits made in the US contaminated, which contributed to delays in widespread testing for the virus across the US, but there was also a major shortage of personal protective equipment (PPE) for US health care workers.

The PPE shortage ended up endangering the lives of many such workers, especially in states hit hard by the pandemic during its onset in the US, such as New York, New Jersey, California and Michigan, even though the country had months to prepare for the crisis, which first broke out in China.

In late April, the National Nurses United (NNU) held a protest in front of the White House to speak publicly about the lack of PPE during the pandemic. Earlier that month, workers took to Twitter to express their frustration over N95 mask shortages across the US with the hashtag “#GetMePPE.”