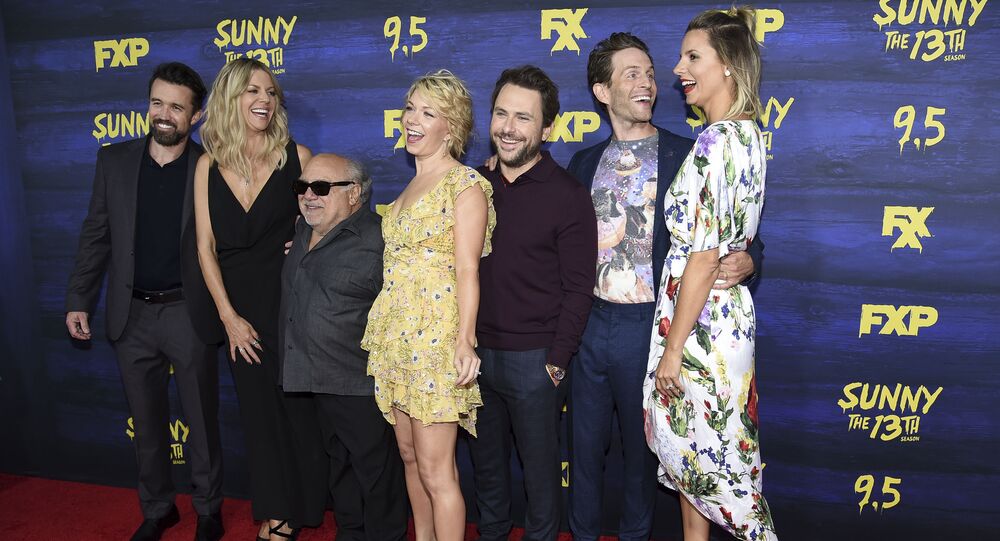 As the Black Lives Matter campaign has been gaining momentum across the world, some streaming services have decided to delete certain shows, movies and series allegedly depicting “racial prejudice”. In the United Kingdom, sitcoms such as Little Britain and Come Fly With Me have already been axed.

Fans of tv show “It’s Always Sunny in Philadelphia” have flooded Twitter with complaints directed against Netflix UK, after the show’s episode featuring two characters wearing blackface got deleted from the British streaming service. Netflix has not immediately commented on its decision.

Hi Netflix you removed one of my favourite episodes of It’s always sunny in Philadelphia (S6 E9) ‘Dee Reynolds shaping America’s youth’. Could you re-upload it? The black face in the episode was a parody of black face. Kind of like how you’re now a parody of this new cancel trend

The fury emerged as the episode in question, titled “Dee Reynolds: Shaping America’s Youth” from season 6, actually condemned the practice of wearing blackface.

“Not sure what Netflix think taking that Always Sunny episode down will achieve. It's pretty clear the episode takes the piss out of people who think blackface is ok, they've even kept a later episode up that features blackface without satirical context”, one of the users commented.

@NetflixUK how can you remove It's always sunny ep? Just because the episode depicts blackface you remove it despite it literally just asking in a satirical manner 'when is blackface okay?' even though concludes that it isnt ever. If this episode was ever relevant it's now.

The geniuses at @NetflixUK have removed an episode of It's Always Sunny in Philadelphia where Mac does blackface........the episode goes over in detail how ignorant and racist it is to use black face not just now, but also historically. pic.twitter.com/oPJzwm1RBu

Many were speculating about the move before the episode got deleted as earlier the Little Britain sketch show got removed from BBC iPlayer, BritBox Netflix and NOW TV, for featuring characters with blackface. The show’s actors, Matt Lucas and David Walliams, who also starred in the comedy Fly With Me, which also got axed by Netflix, have since reiterated their earlier apologies for wearing blackface.

So if little britain and come fly with me have been taken off Netflix because of its use of Netflix, why have shows such as It's Always Sunny in Philadelphia not been? It's used black face on a number of occasions but is all still up there 🤷🏻‍♂️

How long before the liberals go after It's always sunny in Philadelphia. Considering you've had little Britain removed from iPlayer in the UK & Leigh Francis apologising for Bo Selecta having blackface. Whole thing is beyond a joke pic.twitter.com/YB8pzMdRJw

The crusade against the old shows and movies has been related to the ongoing Black Lives Matter protests across the world following the death of African-American George Floyd shortly after he was arrested by police in Minneapolis. Many have condemned the depiction of racial prejudice and slavery in certain shows and movies, with the HBO streaming platform deleting the legendary film Gone With the Wind, noting that it would bring it back to the platform when accompanied by a discussion of the historical context it portrays.