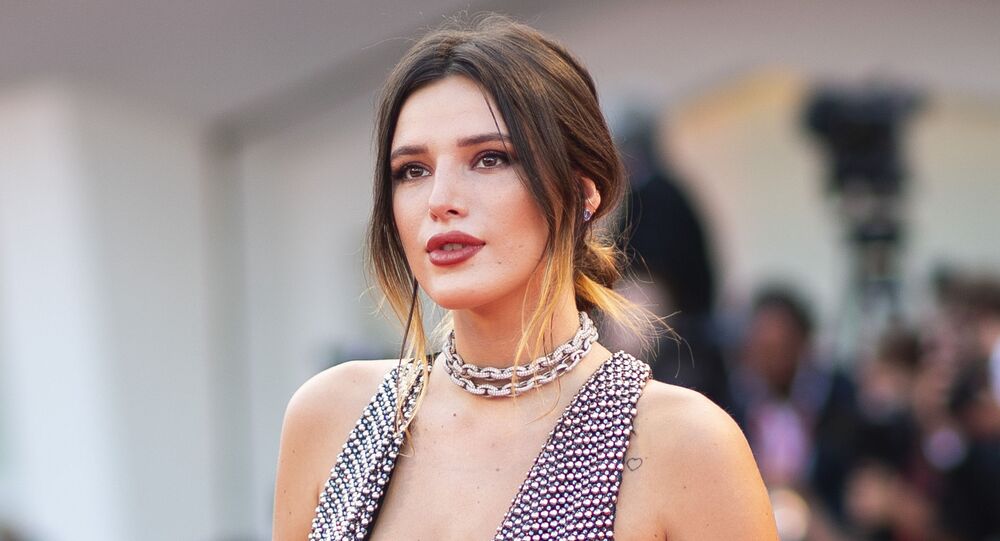 In the midst of ongoing unrest in the United States, the new thriller about a contemporary Bonnie and Clyde living in the age of social media has been widely welcomed by critics. Starring Instagram darling Bella Thorne and the Netflix series actor Jake Manley, the movie has already been watched by many at drive-in theatres across the US.

Former Disney star Bella Thorne has teased her Instagram followers with some behind-the-scenes shots from her newly released movie “Infamous” where she plays alongside Canadian star Jake Manley. The memorable snaps thrilled her fans; they featured seemingly undergarment-free Thorne surrounded by the hottest guys on the set.

In some pics, Thorne was spotted alongside her movie partner Jake Manley, while another pictured the actress hugging her Italian beau Benjamin Mascolo, who also managed to spend some time with his loved one during the shooting. One of Thorne’s mirror selfies even hinted that she wasn't wearing a bra, causing an uproar among fans.

Was it just a bit of nostalgia, a good marketing strategy or both? No one can know for sure with Bella, but according to the actress, tickets to drive-in screenings of the movie the night before had been fully sold out and were now running out fast for the next show. Many who have already watched the film have since rushed to share their impressions.

© AP Photo / Richard Shotwell
Former Disney Star Bella Thorne Marks 'Hard Times' With Braless Instagram Giveaway
“I love Infamous so much! everything about it was perfect. you slayed it as Arielle god damn! ur such a talented actress it’s insane! [sic],” one of the users commented Bella’s post.

The movie tells the story of a 21-century Bonnie and Clyde, whose armed robberies in a small Florida town are closely shared with their Instagram audience. Written and directed by Joshua Caldwell, the film turns out to be “nihilistic and uncomfortably believable” at some parts, according to IndieWire’s review. It’s all about the new century, after all.