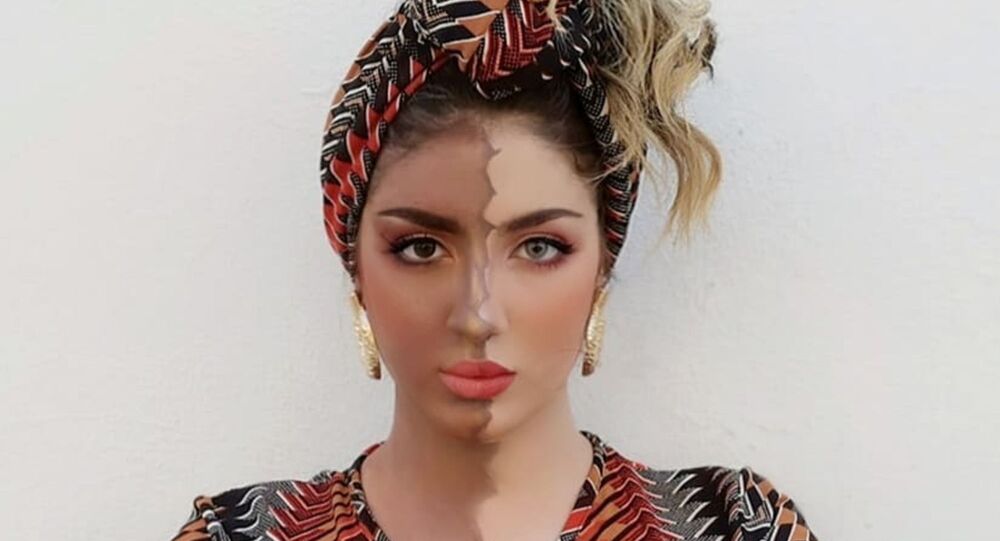 Blackface, the use of black make-up to depict a black person, is widely considered an offensive practice with a racist history in the United States. Instagram personalities in several countries have darkened their skin to show support for anti-racism George Floyd protests – only to get accused of being racists themselves.

Several Instagram influencers have come under fire for donning blackface in what turned out to be a misguided attempt to take a stand against racism.

A Polish artist going by the handle Saint Hoax has compiled screenshots of blackface images that have been slammed as a tone-deaf gesture, given the controversial history of the practice in the United States.

Many “influencers” have been sharing photos of themselves wearing blackface as an act of solidarity with the Black Lives Matter movement.

If you genuinely care about a cause, the least you can do is educate yourself about it. pic.twitter.com/YnvidifyPu

​The influencers in the screenshots were from Asia, Africa and Eastern Europe. For instance, Lebanese singer Tania Saleh posted a picture of herself with an Angela Davis-style Afro and darkened skin, alongside the caption: “I wish I was black, today more than ever... Sending my love and full support to the people who demand equality and justice for all races anywhere in the world.”

كل عمري كنت احلم كون سوداء
I wish I was black, today more than ever... Sending my love and full support to the people who demand equality and justice for all races anywhere in the world.#nojusticenopeace #GeorgeFloyd #blacklivesmatter #policestate #whitesupremacy pic.twitter.com/KAWxU8tjVq

​After receiving a backlash over the photo, Saleh went on the defensive and refused to apologise. The singer said in a statement that she “did not mean to mock black people in any way” and that all of her “idols in dance and music are black”.

Indian model Rashmi Mann, who had painted her face black in support of Black Lives Matter, was forced to apologise, and two other Instagrammers mentioned in the original post made their accounts private.

“It’s infuriating that we still need to educate people about the racist and painful history of blackface,” wrote Saint Hoax. “We shouldn’t be having this conversation in 2020.”

Blackface is widely regarded as racist in the United States and Europe, and a number of celebrities and brands have got themselves into trouble in the past for wearing black or brown make-up to look like dark-skinned people (Canadian Prime Minister Justin Trudeau is perhaps the most high-profile case). It appears that there is less consensus on the practice in the Middle East, where it still appears in the mainstream entertainment industry.

Thousands of people in recent weeks have taken to streets and social media in the US and elsewhere to show solidarity for the protests over the death of George Floyd at the hands of Minneapolis police. The protests, which initially called for an end to police brutality, quickly morphed into a broader movement for racial justice and provided momentum to the Black Lives Matter campaign.