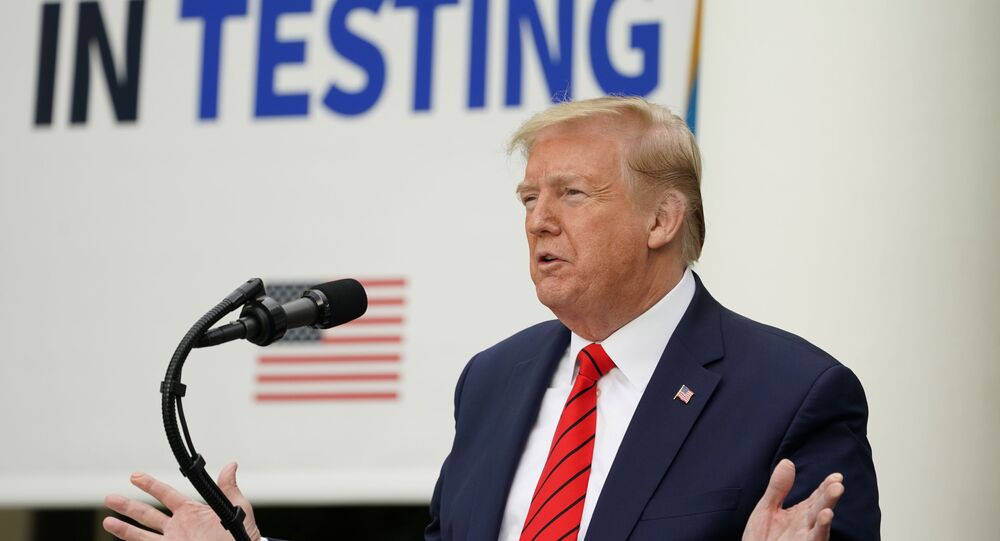 US President Trump retweeted a video in which a Conservative activist, Candace Owens, 31, questions George Floyd’s character. Floyd is the African American man who died in police custody at the hands of white officers last month, sparking national protests and riots against police brutality and racism.

In a radio interview with conservative commentator and former Fox News host Glenn Beck, Owens said; “The fact that [Floyd] has been held up as a martyr sickens me."

“George Floyd was not a good person," Owens said, adding, "I don’t care who wants to spin that. I don’t care how CNN wants to make you think that he had just turned his life around.”

After pointing out that Floyd had done five stints in jail, Owens remarked, “Was he really going to turn things around? It’s just not true.”

I don't care WHAT George Floyd did. The officer should have never treated him like that and killed him! But we still must ask: Is he a HERO? BLEXIT founder @RealCandaceO gave her thoughts: "The fact that he has been held up as a martyr sickens me." pic.twitter.com/0Tm47x5Cc8

​Floyd, a black man, died in Minneapolis last month after a white police officer knelt on his neck for more than eight minutes as the victim repeated, “I can’t breathe”. Floyd’s death sparked widespread protests demanding an end to police brutality and racial injustice across all 50 US states and most major US cities, as well as internationally.

Tweeting the interview, Beck stated; “I don't care WHAT George Floyd did. The officer should have never treated him like that and killed him! But we still must ask: Is he a HERO?”

Trump retweeted the video without comment late on Friday just after stating that he hoped Floyd is “looking down right now” and “saying this is a great day” while announcing a decline in the nation's overwhelming unemployment rate.

One user wrote that they were sickened that the president would retweet something so offensive.

It sickens me that the president of the USA would retweet something so clearly offensive to many people right in the middle of nationwide unrest about police brutality following the murder of George Floyd.

Owens is a better spoken version of Trump but both are equally toxic!

After saying such wonderful things about George Floyd, Donald Trump retweeted this from Glenn Beck. Just shows how disingenuous Trump's words were.

Fox News contributor Lawrence B. Jones criticised the interview, saying suggesting that black America wants nothing to do with right wing politics.

This is exactly why Black America wants nothing to do with the right. The world is talking about how to reform policing & this is the coversation we are having?!

​One user mocked Trump’s Friday speech and POTUS's reference to the dead man in the service of economic data.

I don’t think George Floyd is happily looking down at your retweet, Donald.

​Another user accused the president of encouraging Americans to be racist.

Donald Trump gives Americans permission to be racist. It’s disgusting. He is a weak, sad man who is trying to get rich off the presidency. His supporters hate American and want a White Supremist, Authoritarian State.

​One expressed disappointment in Trump for his retweeting of the now-notorious video.

Very disappointed in President Donald Trump retweeting of this. What was the purpose of calling his family on the phone if you felt this way. President Trump you must do better.