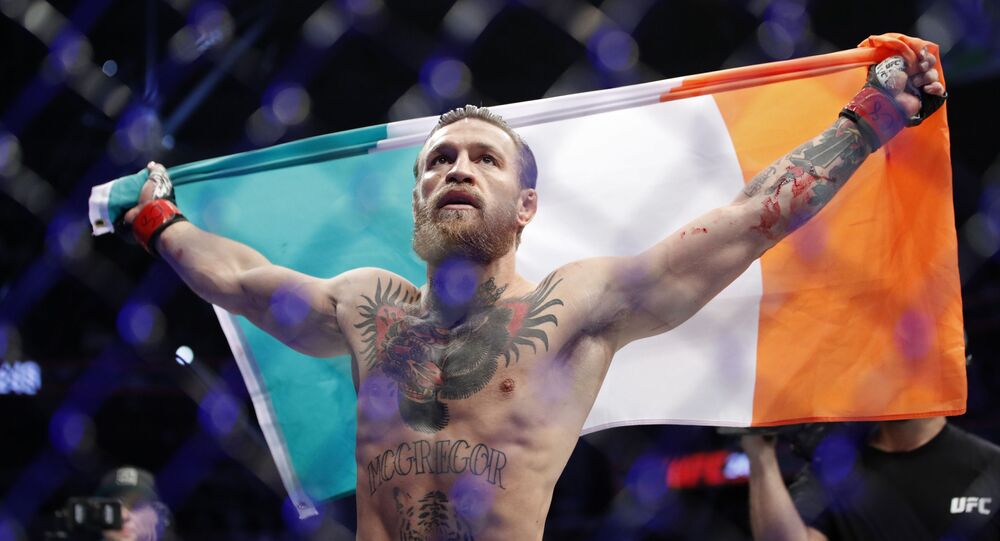 While netizens discussed whether McGregor would compete as a lightweight or as a welterweight, a number of people mocked him over his previous defeat at the hands of Khabib Nurmagomedov.

Famous MMA fighter and UFC legend Conor McGregor has managed to spark intense debates online among his fans regarding his plans for the future.

As the Daily Star notes, back in January, McGregor's triumphed over Donald 'Cowboy' Cerrone while weighed in "at a career-high" 170lbs.

And after the Irish fighter recently posted a photo of himself topless on Instagram, a number of social media users started speculating about his physical condition and about what title he might aim for now.

"I love Conor but there is absolutely no chance Conor beats any of the top 3 in that division possibly even top 5. Stick to lightweight", suggested the third.

Yet another netizen insisted that Kamaru Usman, the current UFC Welterweight Champion, would make short work of McGregor, and there was no shortage of those eager to remind the audience about Conor's defeat at the hands of Khabib Nurmagomedov.

The newspaper also points out that while Usman offered McGregor a shot at his title, UFC President Dana White said he wants to see Conor fight as a lightweight.

"Conor and I have not talked about a fight. I think what Conor needs to do is sit back, let a lot of these fights start rolling out", White said. "Obviously, the most important division, the 155-pound division and see what plays out for him."