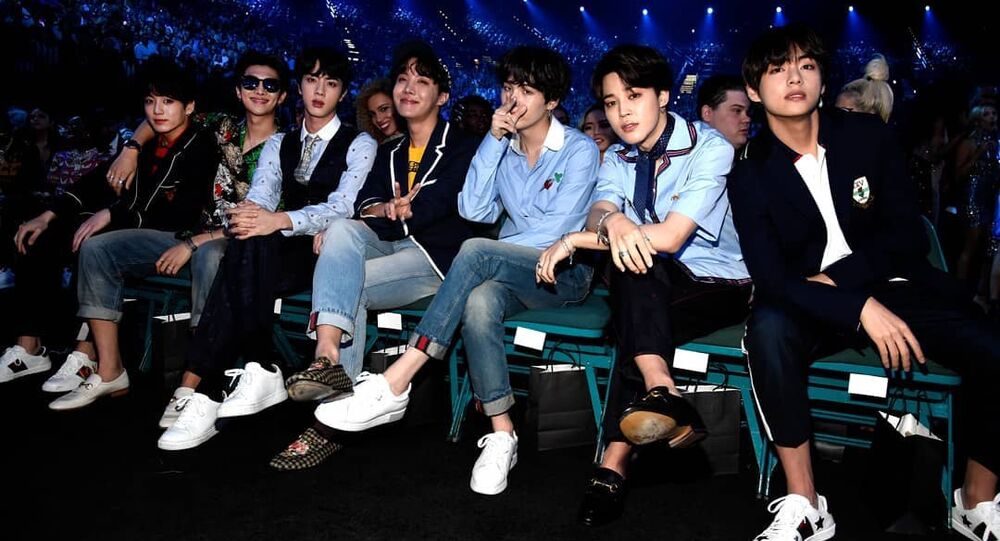 Many South Korean musicians, including BTS boy band, previously openly condemned ongoing violence and looting in the United States, while still expressing support for the movement fighting against racial prejudices in the country. But their fans might have just taken their campaign to the next level.

K-pop fans worldwide have flooded Twitter over the last couple of days with videos, photos, and memes of their favourite music bands and singers in support of ongoing protests in the United States but in a very peculiar way.

The posts featuring BTS and NCT U, rapper Ryujin, and many other South Korean artists were tagged with the #WhiteLiveMatter hashtag, an opposition stunt to the #BlackLivesMatter movement. But it doesn't mean that K-popers were opposing an anti-racist campaign in the US - actually it was just the opposite.

Fans apparently used the hashtag to drown out any offensive “racist” content that it accompanied. When clicking on the hashtag, an observer would find a flow of photos and memes featuring the most prominent K-pop stars in support of protests.

How sad that the #whitelivesmatter hashtag was drowned out by Kpop fan cams and memes. 🤷‍♀️ pic.twitter.com/ZokvTe4ZgB

The hashtag soon climbed to the top of American Twitter, but some still remained skeptical of the idea that images of Korean musicians were an appropriate tool to reflect opposition to so-called “white privilege” in the United States.

i don’t think we should use it anymore bc it’s gonna keep trending. i think we need to let it die down but if it’s start up again then we can spam it ;)

On Thursday, one of the hottest trending South Korean groups, BTS, made an official statement in support of the ongoing anti-racial discrimination campaign following the death of an African American citizen in Minneapolis police custody.

We stand against racial discrimination.
We condemn violence.
You, I and we all have the right to be respected. We will stand together.#BlackLivesMatter

The latter subsequently provoked national unrest in the United States, highlighting the brutality of law enforcement in the country and opening up long-existing grievances. BTS condemned the violence that has been sweeping the country for more than a week now, with looters and rioters taking to the streets in many place and damaging property across major American cities.