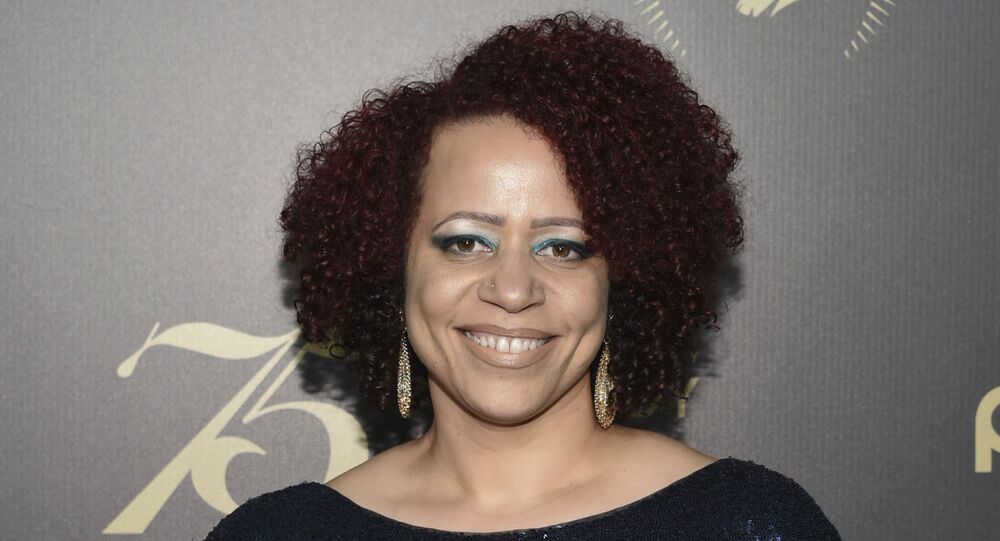 The death of George Floyd, an African-American killed by white cops, sparked outrage and reignited the debate on race discrimination in the US. Peaceful protests that began the day after Floyd’s death quickly turned violent as police responded with excessive force. In some areas, demonstrators burned buildings, vandalized property and looted shops.

Pulitzer prizewinning journalist Nikole Hannah-Jones received strong backlash for saying that the destruction of property cannot be described as violence. The reporter made the statement during an interview with CBS news, in which she was asked to give her opinion on the violent behavior of some demonstrators protesting the death of George Floyd.

"I think we need to be really careful with our language. Yes, it is disturbing to see property being destroyed. It is disturbing to see people taking property from stores, but these are things. Violence is when an agent of the state kneels on a man's neck until all of the life is leached out of his body. Destroying property, which can be replaced, is not violence”, Hannah-Jones said.

The journalist added that using the same language to describe the two things is not moral.

"Any reasonable person would say ‘we shouldn’t be destroying other people’s property’. But these are not reasonable times, these are people who have protested against police violence again and again, and again, year after year after year. And still we can have videos of law enforcement with witnesses nonchalantly taking the life of a man for the alleged crime of passing a fake twenty dollar bill. When we have people who say that ‘people should respect the law’. They [protesters] are not respecting the law, because the law is not respecting them. You can’t say that regular citizens should play by all the rules, when agents of the state are clearly not", Hannah Jones said.

The comments caused backlash on social media, with some users saying that many would not be able to replace their businesses.

i think it's very wrong to be so casual about destroying the things people have built.

that's their lives being burnt and trashed.

​Another user wrote: "Not all property can be replaced .. a lot of small business owners cant afford insurance and if they do have insurance there are clauses in policies which say it DOES NOT cover RIOT, wars or act of God. So those people are f**ked their livelihoods are f**ked."

Other users noted that people have been injured and even killed in the violent protests.

Patrick Underwood and David Dorn were killed by rioters and looters. Their lives matter. This isn’t just busting a few windows at Starbuck’s. pic.twitter.com/hyQTWh0ZaJ

​Other users accused the journalist of promoting ideas of the left and trying to change the narrative.

The Left, for the last 4 years: "Words are violence."

The Left, today: "Arson, looting, and destruction is not violence."

So we're changing the definition of voilence to fit the narrative.

​Violence during protests over the death of George Floyd, by police and protesters, has been condemned both by US President Donald Trump and former US President Barack Obama. Floyd's family called on demonstrators to act peacefully in all events.

“You’re all doing nothing. Because that’s not going to bring my brother back at all. It may feel good for the moment, just like when you drink, but when it comes down, you’re going to wonder what you did. Let’s switch it up. Do this peacefully, please”, said Terrence Floyd, addressing demonstrators in an emotional speech in Minneapolis.